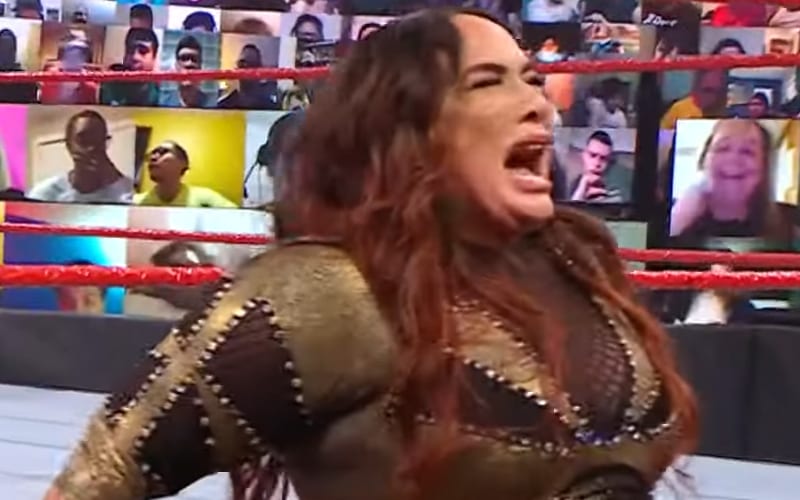 Nia Jax lost a match against Lana on RAW this week. In the closing moments of the match, Nia Jax voiced her concern toward her injured hole. This immediately became a topic of conversation online.

“My Hole” and Nia Jax’s name started trending on Twitter this morning. It brought a ton of reactions. WWE even had to censor her hole comment from YouTube.

Lana trolled Nia Jax’s hole after the spot went viral. Nia Jax also responded the following morning to let everyone know that she is well aware that everyone is talking about her.

I’ve been receiving a HOLE lotta love, much obliged #myhole

Naomi trolled Jax a little bit as she said that the “my hole” comment was the first thing she thought about this morning. Nia Jax thanked The Glow for her concern.

We’ll have to see how Nia Jax plans on following up with this situation. She seems to be enjoying the extra attention today.