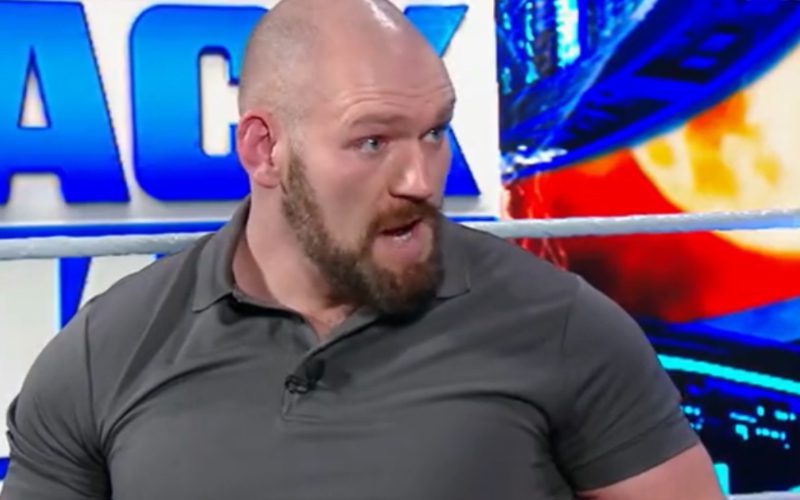 WWE released Lars Sullivan from his contract, but it only happened after he informed the company that he was done with pro wrestling. He recently broke his silence, and he had a lot to clarify.

Click here for Ringside News’ detailed exclusive about how Lars Sullivan’s firing is considered within the company.

We previously reported that the backstage shirtless interview that Sullivan cut was viewed as sabotage or a test, but if it was a test then he passed it. While speaking with Fightful Select, Sullivan made it clear that he enjoyed the promo and the heavy breathing was done because he was instructed to deliver his lines in such a way.

Sullivan himself said he liked doing the promo and saw it as them looking to add more depth to his character. He was given specific instruction to breath heavy through my nose and the verbiage.

Lars Sullivan also made it very clear that “he was treated well by both the WWE office and a locker room, and it wasn’t a case of bullying.” WWE did everything they could to work around his anxiety issues. In the end, he apparently told the company that he was done when it got so bad that he couldn’t eat or sleep on days when he had to perform.

We’ll have to see if Lars Sullivan shows up anywhere else now. It appears that he is leaving the pro wrestling world behind him in search for something without as much pressure associated with it.