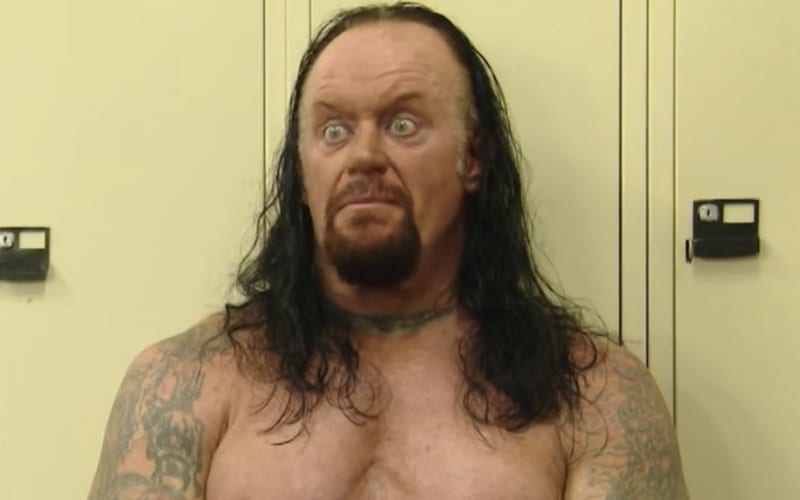 WWE was testing for drugs long before the Wellness Policy came around. There was a much different reason for their drug testing policy prior to the public scrutiny that caused them to implement their current protocol.

While he spoke to The Joe Rogan Experience, The Undertaker revealed that he used to take steroids. He also said that he “stayed f*cked up” to deal with WWE’s insane travel schedule.

The subject of drug testing was a big one during the early part of the interview. The Deadman went into detail about why WWE started testing for drugs. They didn’t want people getting arrested, so they fined them or fired them over things like marijuana. What WWE didn’t realize was that they were inadvertently pushing the idea of supplementing that pain suppression with pills and alcohol.

“Well, so one, prescription drugs. They started out early on, like we’re talking 90’s. They didn’t want people getting pulled over and finding weed in the car, so the fine you. The second time you get fined a little more, and the third time you get fined and maybe you have to go to rehab.”

“What they didn’t figure out is when they take that away, you’re gonna drink more and you’re gonna take more pills because you’ve gotta cope with the pain somehow. So, then you’ve got guys overdosing. So, everything’s kinda led up to this drug protocol. We didn’t have doctors traveling with us at the time, we didn’t even have trainers with us. Now we travel with trainers, doctors. There’s all types of protocol. Now when you get a dinger… used to be it was like ‘I gotta make a living,’ same thing with injuries, like you don’t work you don’t get paid. In that sense our industry has come a long way and our industry has come a long way.”

WWE has a strict Wellness Policy complete with random testing. If any Superstar pops dirty on a test then they are suspended 30 days, 60 days, or they are terminated based on which offense they are on. Marijuana is a much different story now. If a Superstar has THC in their system then they must pay a “weed tax.” The last amount we heard for that fine was $2,500.