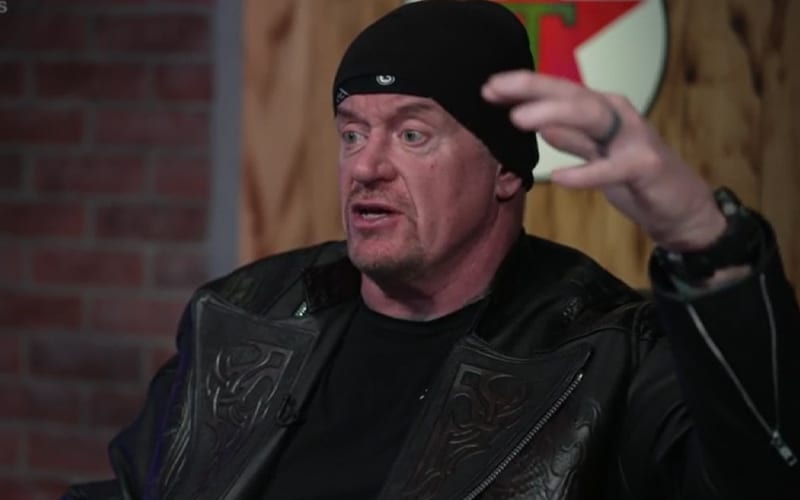 WWE is not the same company that it once was. Fans used to refer to WWE as the land of the giants. There was a reason for that, because everyone was huge.

During his conversation with the Joe Rogan Experience, The Undertaker opened up about the old mindset toward steroids in WWE. He said that the wrestlers thought that they needed to be huge and ripped. This led to taking steroids across the locker room.

“There was a time when you had to be jacked. Especially with the big guys there was a stigma. You had to be 300 pounds, it’s in our head. Nobody gives a sh*t. They’re interested in the characters we are on TV, but in our head it was like, ‘f*ck I gotta be 350 pounds.'”

Rogan’s co-host brought up how he was friends with Roddy Piper who admitted that he needed to take steroids to stay medium sized. The Undertaker reiterated that wrestlers thought that way back then. Now they are tested for steroids, but he still doesn’t know how some of the larger Superstars remain so cut. Taker said wasn’t able to achieve that look even on steroids.

“That was the wrestler’s mindset then, but now we’re tested for everything which I don’t understand because there are some big motherf*ckers out there and they’re cut and I don’t know how they did it. Like, I couldn’t get that way when I was on steroids.”

The Undertaker named Braun Strowman as a man who is huge and ripped. The former strongman has also been able to sculpt his body into incredible shape in recent memory.

WWE has a strict wellness policy now, but it wasn’t always that way. Now Superstars must rely on other training methods and techniques to achieve the results they’re looking for.