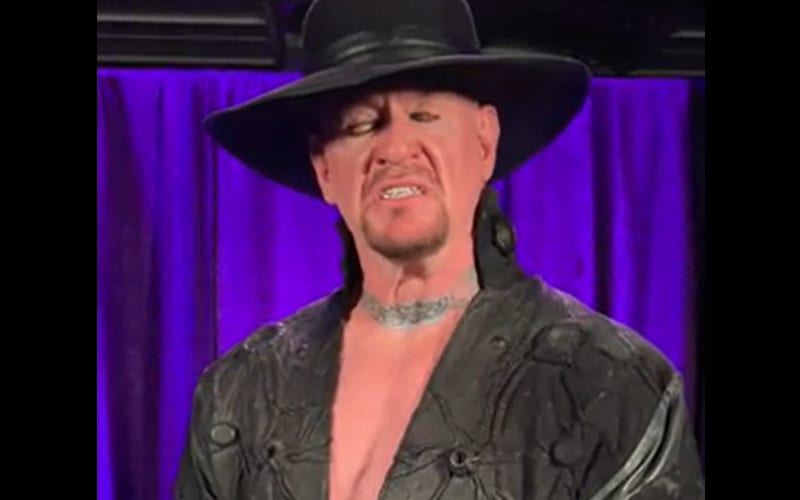 The Undertaker is not wrestling anymore, but he put his body through a tremendous amount of stress and punishment while he was in the ring. Superstars today will also never know the terrible travel schedule that WWE used to book for their talent.

While speaking to the Joe Rogan Experience, The Undertaker said that WWE’s touring schedule used to be like they were “throwing darts.” He would be needed across the country on a daily basis, never leaving a state of jetlag. Sometimes WWE would book two shows a day on top of it.

The Undertaker was asked how they dealt with this schedule. He was very honest to say that he “stayed f*cked up.” Superstars today can’t really do that because of the Wellness Policy, but it was certainly the method Undertaker used.

“I stayed f*cked up, honestly. We had this motto that we’ll sleep when we’re dead. When you’re young you’ve got that kind of energy and you can go out and enjoy that and you’ve got the nightlife too.”

“Things have progressed so much in our industry. I mean we’re on the same level as Football. I mean our drug testing program, concussions, I mean we are probably in some cases even better.”

The Undertaker also opened up about steroids in WWE, and he admitted to taking them as well. That lifestyle can lead to a bad ending, but The Undertaker was able to make it through WWE’s crazy demands.