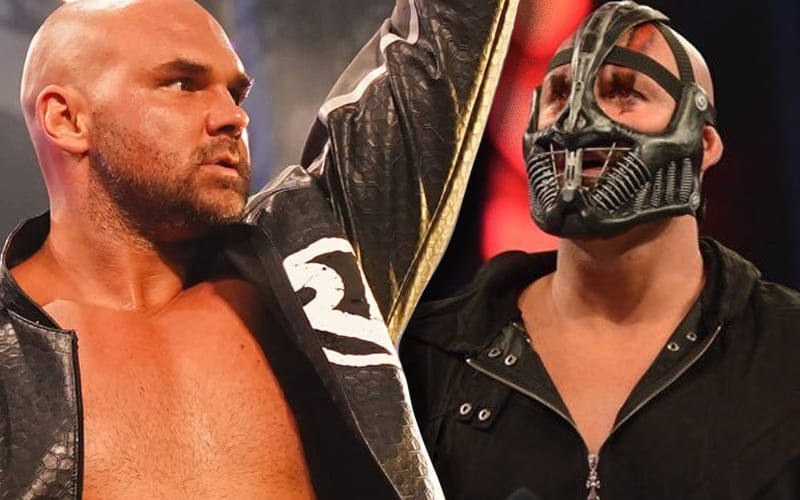 Sammy Guevara and T-Bar recently found themselves in a little online beef. The two have traded shots at each other on Twitter, and the gloves are off at this point. Dax Harwood had to laugh at the situation.

T-Bar called Guevara out for stealing a finisher of his. Guevara fired back a reply and accused T-Bar of sitting at catering. Then T-Bar replied and references Guevara’s rape joke about Sasha Banks.

Dax Harwood saw the exchange, and he called T-Bar out for being an idiot who is lucky to be in the business.

“Stole MY finisher”. MY FINISHER?! [lol emoji] The guy is an idiot. He’s lucky to even be in the business.

Dax Harwood knows a thing or two about finishing moves. FTR has going through a few of them. Now they are hitting opponents with the Big Rig, a move formerly known as Goodnight Express and Shatter Machine prior to renaming it in tribute.

We will continue to monitor this ongoing situation of many accusations being thrown across company lines.