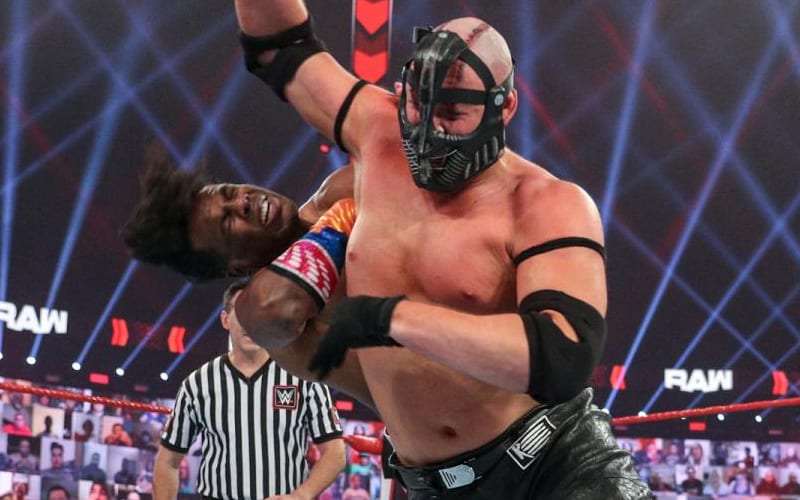 T-Bar isn’t afraid to call someone out on social media, and a lot of fans think he recently fired a shot at Sammy Guevara for stealing his finisher.

The tallest member of Retribution recently tweeted out that “some little teenage virgin on AEW” jacked his finishing move. This happened after they did a show together four years ago. Then T-Bar said he would steal something in return, but this person is already using all of Ricochet’s moves.

Some little teenage virgin on AEW stole my finisher like four years ago after we did a show together. I’d steal something from his move set but it’s all just @KingRicochet moves.

Tons of fans are under the impression that T-Bar called out Sammy Guevara in this tweet. Guevara and Dominik Dijakovic crossed paths a few times on the indies. Apparently, The Spanish God took something from one of his encounters with the future T-Bar.

Mace tweeted back for T-Bar to chill, but we’ll just have to see if he takes that suggestion.