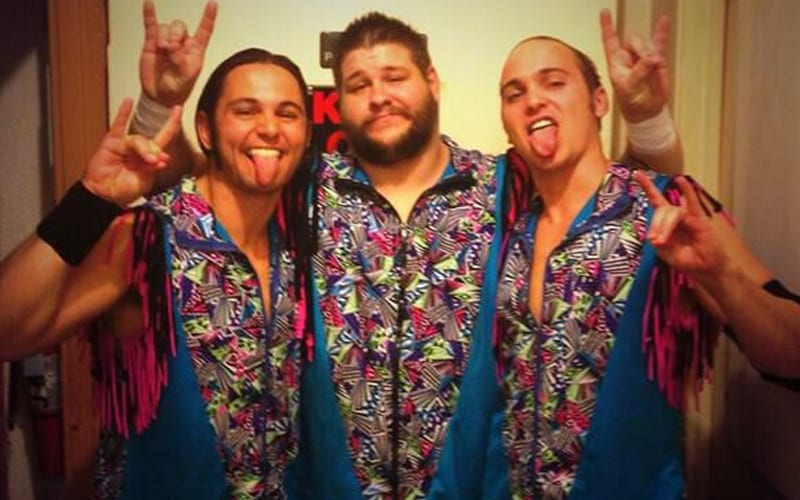 AEW became a reality as the perfect storm of elements created an opportunity for a new company to seize an open spot in the pro wrestling market. The Young Bucks signed on and became Executive Vice Presidents of the new company, but that might not have been possible without people along the way like Kevin Owens.

While speaking to Fightful, The Young Bucks were asked about Kevin Owens. Nick Jackson had a lot to say, and it was all good.

“There’s a lot to say. We have such a history with him. We still talk to him to this day. We love him. He’s great!”

Matt Jackson continued speaking about Kevin Owens and how he took them under his wing early on in their careers. Looking back, Matt thinks that Owens knew that they were going to be a big part of the “new crop of indie guys” who would help shape the pro wrestling world. Obviously, KO didn’t realize just how influential they would be.

“He was one of the guys who took us under his wing in the early days. He saw something special in us and I think he knew we were going to be apart of the new crop of the top indie guys, and he attached himself to us. He’s one of the very first people who gave us a rub. Just being friends with him by association and being involved with him in storylines and having matches with him people immediately accepted that we were cool. We’ll never forget that.”

Kevin Owens signed a new five-year deal in November, 2018. It will be a while before he is able to consider his next career move. We’ll just have to see what he decides to do. WWE provided Owens with a lot of opportunities, but the Young Bucks might be willing to pay Kevin Owens back for all the help he gave them along the way.