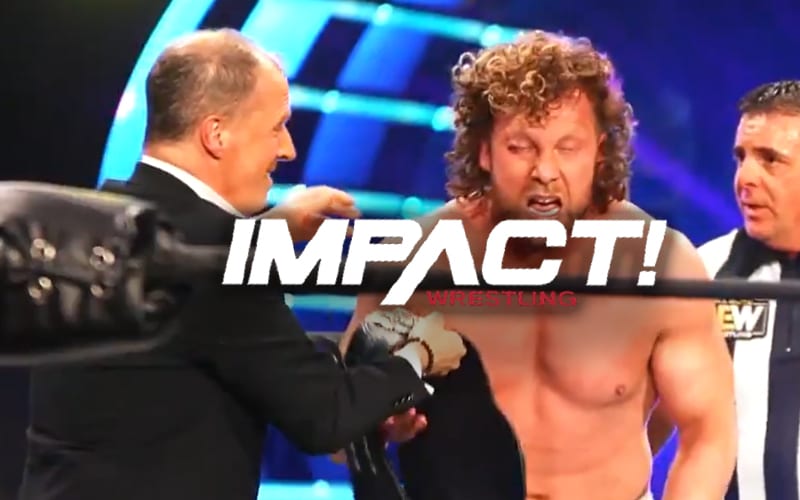 Kenny Omega shocked the pro wrestling world when he won the AEW World Title with the help of Don Callis. Now Omega will be on Impact Wrestling this week.

Don Callis and Omega were recently spotted traveling together. Omega also commented on how they were “busted.”

Impact Wrestling really wants to make a big deal out of Kenny Omega appearing on their television show. They sent out hype tweets for Omega’s appearance that further proved that there is a deal between AEW and Impact Wrestling.

The video of Kenny Omega winning the AEW World Title was used by Impact Wrestling to promote this week’s show. They included a line saying that fans will witness “the shocking fallout from the moment that rocked the wrestling world.”

You can check out the tweet from Impact Wrestling below. It is also notable that AEW’s official Twitter account posted and deleted a pretty funny message about being “best friends” after last week’s Dynamite.

We will have full coverage of Impact Wrestling this week here at Ringside News in case you can’t find AXS TV on your channel guide.