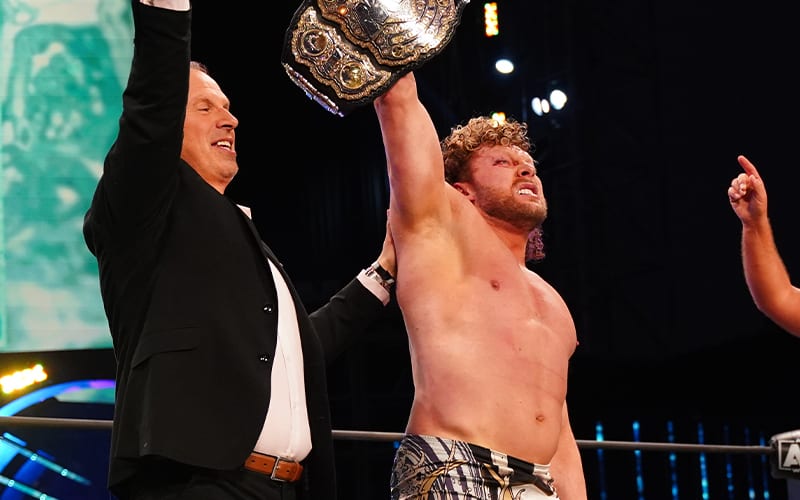 Kenny Omega will be on Impact Wrestling next week as AEW World Champion. This is a very interesting situation because they pretaped Impact Wrestling’s television shows through the end of the year two weeks ago.

According to PW Insider’s Mike Johnson on Elite Audio, Kenny Omega was not at the last set of television tapings for Impact Wrestling. If he’s on the show, then they filmed something that they plan on dropping into the final broadcast.

Kenny Omega was not at the last set of IMPACT Wrestling tapings, they are done, they have filmed all their TV for the year. I was told that the plan is this coming week Don Callis and Kenny Omega will be filming something, I assume in Canada, I don’t know for sure, for IMPACT that will inserted into the TV show.”

We’ll have to wait and see what Kenny Omega has to say on Impact Wrestling. Don Callis could have some interesting plans for this angle, but it’s not expected to become a full crossover. The possibilities are very intriguing right now.