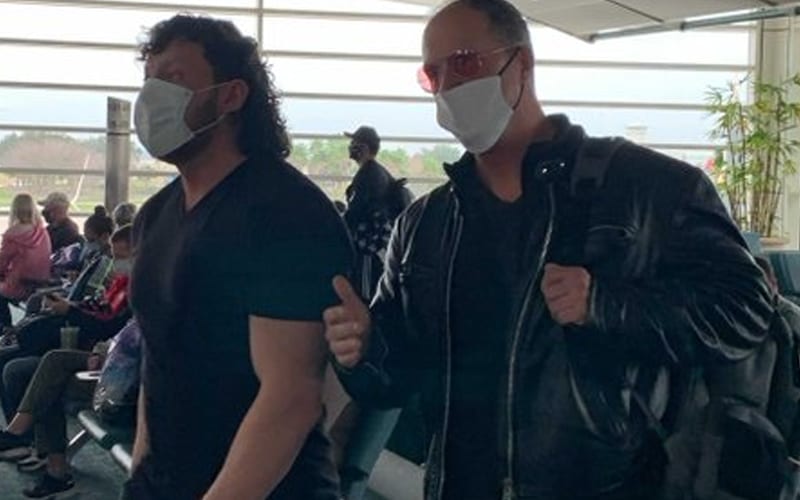 Update: Kenny Omega has commented on getting “busted.”

Original: Kenny Omega became AEW World Champion at Winter Is Coming. This was a shocking conclusion to the special Dynamite, and then Don Callis had a bigger bombshell to drop. He said that Omega will explain his actions on Impact Wrestling next week.

Omega and Callis’ friendship is real. They have a bond that is now coming to light on television. The two are also traveling together. One fan tweeted out a photo of a masked Omega and Callis at an airport. Then Callis replied to this photo with a simply statement.

We’ll wait patiently to see where the relationship between AEW and Impact Wrestling goes. Omega’s appearance is initially expected to be a one-off deal, and the Good Brothers could appear for AEW in a talent trade as well.

Don Callis and Kenny Omega are obviously up to something. This should be a very interesting time in pro wrestling and we thank you for reading all about it right here at Ringside News.