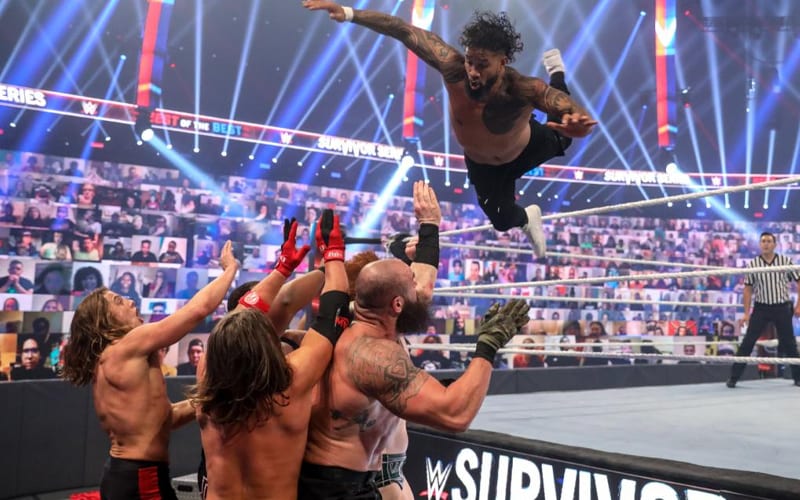 WWE Survivor Series was going smoothly without any issues, and then Braun Strowman was seen clutching his knee during the Men’s Elimination Match. This was likely the cause of his most recent injury.

The Monster Among Men was slated for a WWE Title match against Drew McIntyre, but that isn’t happening now. He is injured, but it’s not expected to be a long hiatus from action.

Jey Uso landed a dive on a group of wrestlers at Survivor Series. He took everyone out including Braun Strowman. When Strowman fell, he grabbed his knee. You can see this in the animated gif that WWE released of Uso’s dive.

We’ll have to see how long it takes for Braun Strowman to make a return to action, but many believe his current knee issue stemmed from catching Jey Uso’s Survivor Series dive. This isn’t anyone’s fault, because things like this happen in pro wrestling.