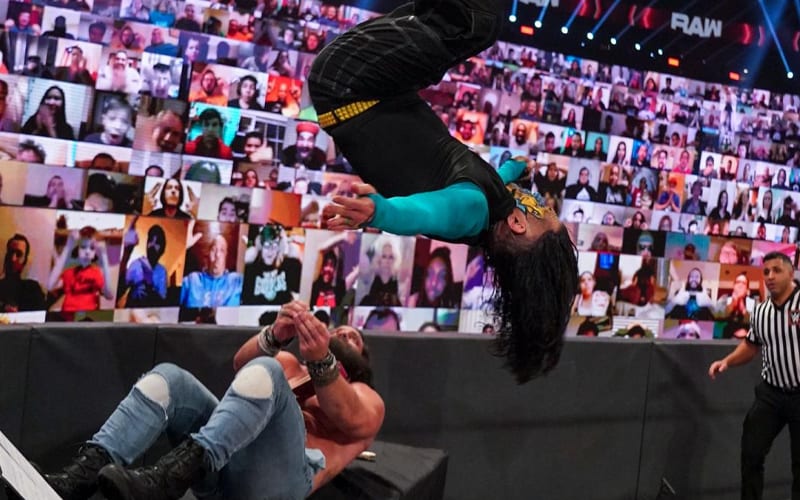 Jeff Hardy took a swanton dive off the top rope and through a table to defeat Elias in the Symphony of Destruction match during RAW this week. He took quite a bump on the back of his head on the steel ring steps in the process.

During Wrestling Observer Radio, Dave Meltzer provided information he was told about Jeff Hardy. Early reports said that Hardy is going to be okay, but Meltzer later heard that the expectation is Jeff Hardy could have a concussion after that nasty fall. They are still awaiting an official diagnosis.

“I had heard that there was kind of an expectation that he had a concussion, but he hadn’t been diagnosed as having one because that wouldn’t come just yet anyway.”

It seems that the jury is still out on Jeff Hardy. He might have a concussion after that brutal fall on RAW, and it wouldn’t be a huge shock if that was the case. Those tests are yet to be completed. We will continue to monitor this ongoing situation here at Ringside News.