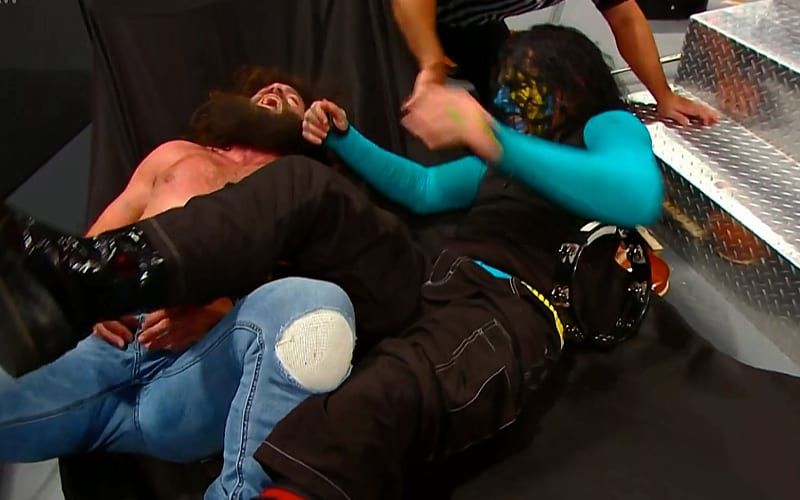 Jeff Hardy took a scary swanton bomb off the top rope and the back of his head appeared to hit the ring steps. It was quite a way to conclude the Symphony of Destruction match on WWE RAW.

According to Sean Ross Sapp, Hardy appeared to be fine after taking that scary bump on WWE Raw. Elias was a bit banged up too, but we’re still waiting on more information.

All indications are that Jeff Hardy was fine after tonight’s spot. I’ve asked about Elias, too, since the landing was rough. I haven’t heard back on that front

Jeff Hardy and Elias tore each other apart inside the ThunderDome this week. They might not be injured, but they’ll likely be feeling that contest in the morning.