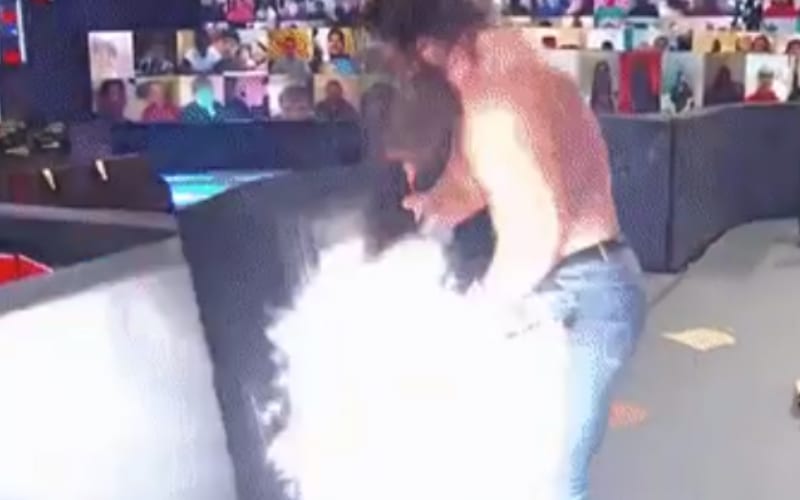 Elias apparently wasn’t watching WWE programming during his injury hiatus. They proved that Sheamus was the one who hit Elias with Hardy’s car, but he wasn’t hearing it. This resulted in a feud for The Drifter that ended in a Symphony Of Destruction match.

Hardy vs Elias was a rather brutal match this week on Raw. It was also quite inventive. At one point, Elias put guitar picks between his fingers and punched Hardy. There were also plenty of musical instrument spots where they were used as weapons.

The spot that so many are talking about saw Elias jamming a guitar stock into a speaker which electrocuted him. He intended to impale Hardy, but the Charismatic Enigma moved. Plenty of fans were making Home Alone 2 jokes as Elias played up his electrocution spot.

The final spot of the match saw Hardy hit a Swanton Bomb on Elias as he laid on the steel ring steps outside. It looked like a very rough fall for Hardy as his head hit the steel.

Hardy was able to get the three count and pick up the win, thus ending this feud. This was definitely a brutal and chaotic match on a Monday night.