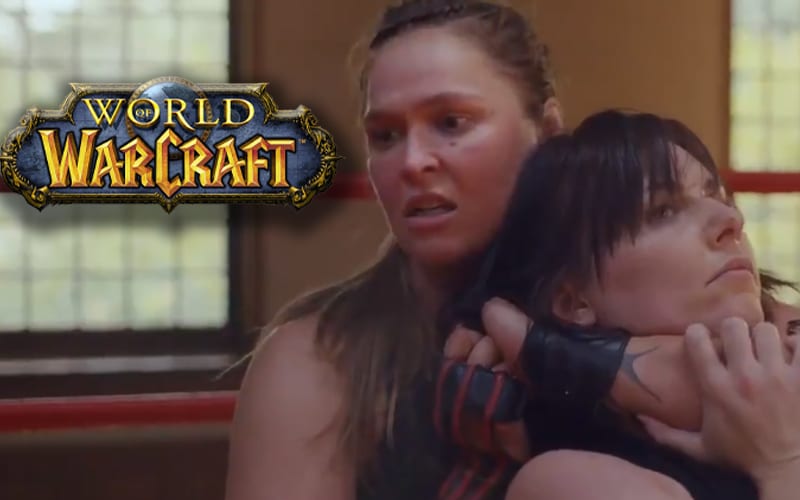 Ronda Rousey loves to get her hands dirty in the ring, and she’s kept the ring rust off during her hiatus. James Storm was even brought in to train with Rousey and her husband Travis Browne. Rousey also loves World Of Warcraft and those two worlds just met in a new commercial.

Rousey has been a huge supporter of World Of Warcraft for a long time. Blizzard has sent her some pretty great gifts in the past that she opened on camera. This new commercial for WOW also featured some pro wrestling action.

The former RAW Women’s Champion is featured in the ring working on some moves. Then she heard a call to battle. This is a parody commercial, but it also shows that Rousey’s connection to pro wrestling has not gone away.

As of this writing, nobody has heard anything about a definite Ronda Rousey return. It’s very likely that nobody will know about her comeback until it happens. This is the kind of shocking moment that will likely be shared with as few people as possible.

You can check out the new commercial below.