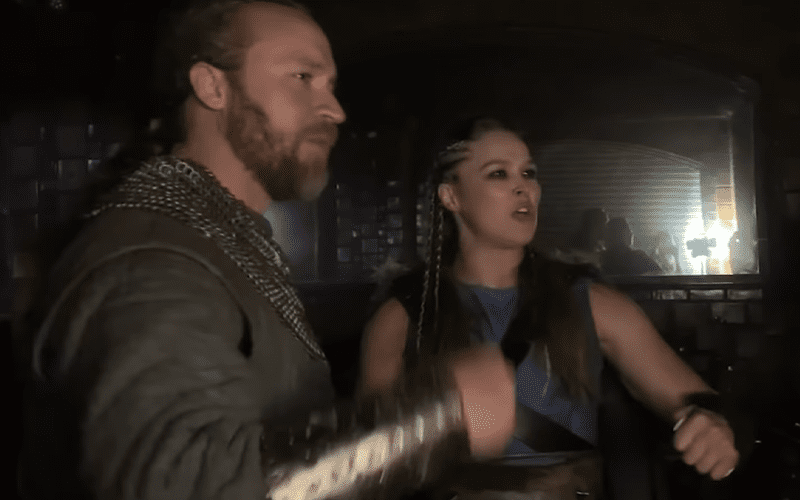 Ronda Rousey has been quite busy since she last wrestled for WWE. She’s also been filming for Total Divas, but she recently almost lost a finger while filming a recurring role on Fox’s 9-1-1.

Rousey recently uploaded a new video on her YouTube channel. If you’re a fan of internet history and/or World Of Warcraft then you’re going to want to watch this one. World Of Warcraft is celebrating their 15th anniversary and Rousey was in one the fun for a commercial shoot. Ben Schulz aka Leeroy Jenkins was there as well.

We’re uploading Leeroy Jenkins’ legendary video below. Needless to say, he’s famous for yelling his own name and running into battle. Rousey also took this golden opportunity to yell “LEEROY JENKINS!” right along with him.

Later on, Ronda Rousey received a sick World Of Warcraft statue as a thank you from Blizzard. She also got an invite to an upcoming convention which she gladly accepted.

The second part of this video was filmed after her 9-1-1 mishap because her hand was heavily protected and she couldn’t use it for anything. This made watching her open a complicated box from Blizzard by herself with one arm so much more entertaining.