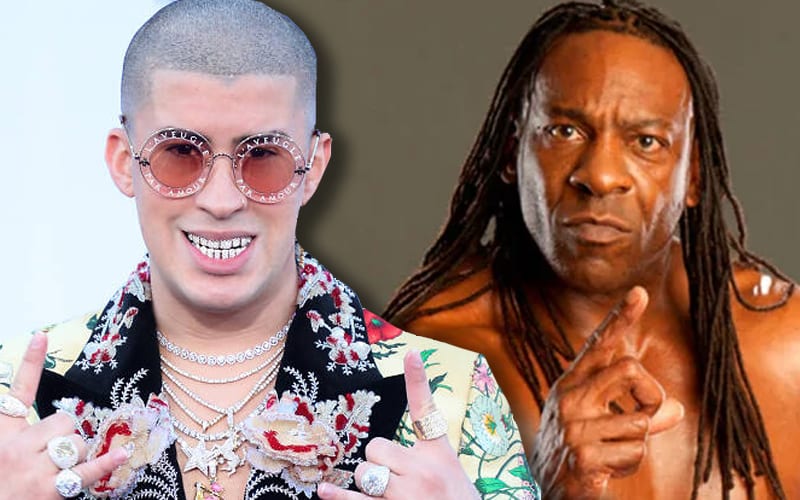 Bad Bunny had quite a great 2020. The 26-year-old’s third full-length album “El Último Tour Del Mundo” has sold incredibly well, and he’s also a fan of pro wrestling. Booker T even got some love from Bad Bunny on his new album.

The Puerto Rican rapper provided a great tribute for Booker T on “El Último Tour Del Mundo” with a track called “Booker T.” The song features a chorus that, when translated into English, provides a glowing review of Booker T as the epitome of a champion.

The song also concludes with Bad Bunny saying: “Can you dig it, sucka?”

Booker T has received a ton of accolades during his career, even picking up two WWE Hall of Fame rings. Becoming the subject of a Bad Bunny song is also a pretty great tribute.

The new “Booker T” music video dropped three days ago. You can check out the track below.