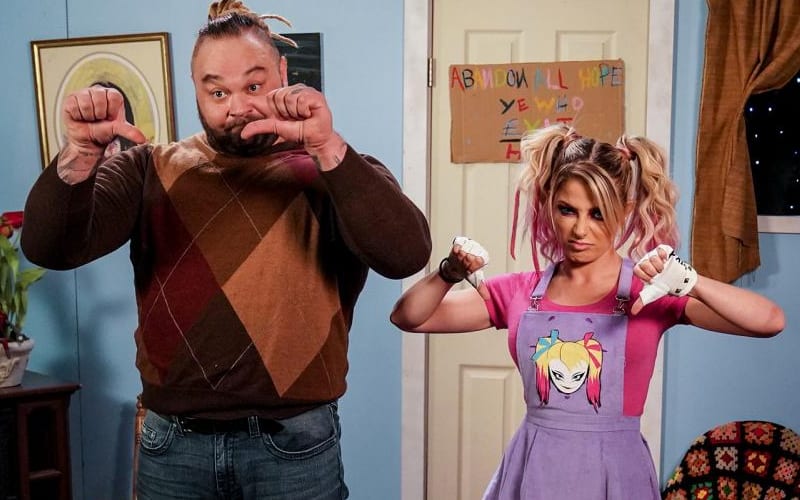 WWE doesn’t have a lot advertised for RAW this week, but we do know what Alexa Bliss will be up to. She will welcome Randy Orton onto her Moment Of Bliss segment, and Bray Watt’s Fiend will likely be very close.

Bliss saw that WWE promoted her segment with The Viper. The tweet from WWE hyped her Moment Of Bliss segment with a highlight video. Obviously, Bliss has something in store, but she’s not revealing much right now.

The Five Feet Of Fury tweeted out “See ya soon Randy,” along with a grinning devil emoji. Bliss was capable of a lot prior to her alliance with Bray Wyatt. Now that she is a part of the Firefly Fun House, things could get very interesting.

As of this writing, Vince McMahon has approved four matches for TLC. Orton vs Wyatt is one of them, but stipulations have not been determined just yet.

We will have full coverage of WWE RAW tonight at Ringside News. It will likely be a very important night for Bray Wyatt and Randy Orton’s feud.