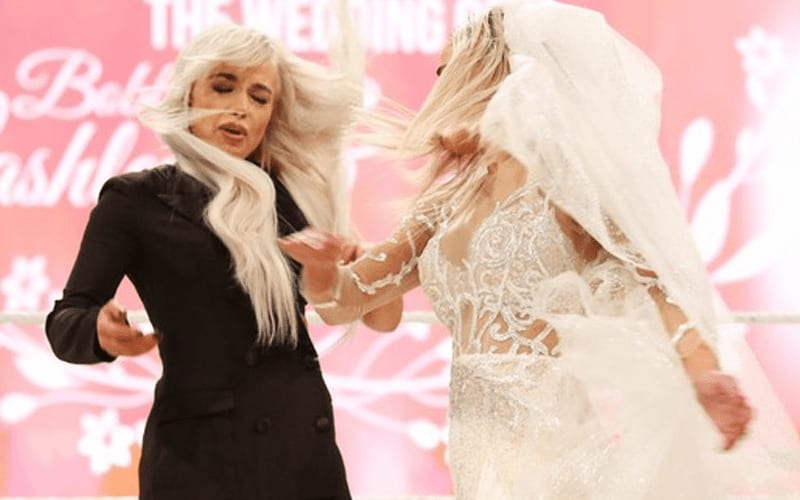 Liv Morgan was split off from the Riott Squad and then they started airing teaser segments later on. Those segments, showing Morgan in a bathroom, spoke about her changing. Then fans saw her emerge as Lana’s new love interest for one week only.

While speaking to WWE The Bump, Liv Morgan revealed what was going through her mind before she crashed that wedding. She was obviously nervous and her adrenaline was pumping. She “felt nothing” before going out there, and her body was overwhelmed with ease. This was a big opportunity she did not want to pass up.

“Yeah, I was just like, ‘I have to bring it,’ you know? It was the craziest high that I’ve ever felt. My adrenaline was through the rough to where I felt nothing. Like, I was pacing, pacing, pacing, and I was driving myself crazy. Right before I was about to go out, my body was just overwhelmed with ease. I never thought that I would object to a wedding.”

Liv Morgan proclaiming her love for Lana was a big moment that got fans talking for a week. Fans dug up old photos and videos of the two and formed conspiracy theories. How long was WWE planning this? It turns out that WWE didn’t plan it for very long at all. Morgan crashing that wedding segment was meant to be a one-off shocking moment with zero follow-up.