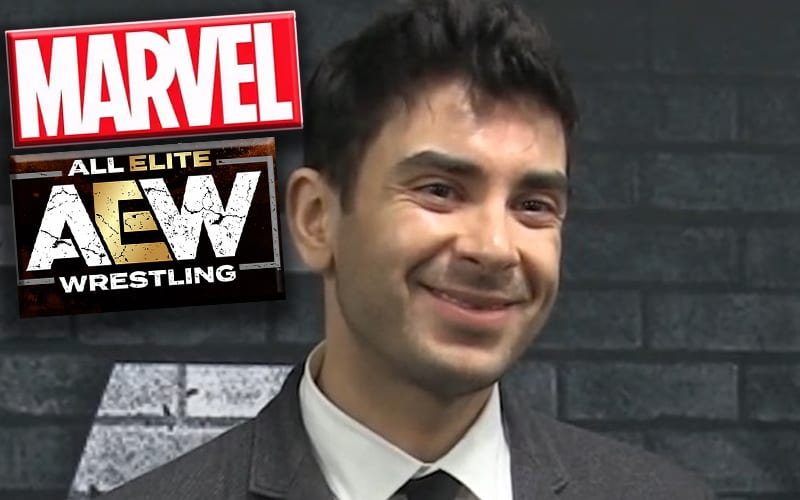 Tony Khan is very proud of what AEW has been able to accomplish in the short time that they have been in business. This could have an even greater impression on the pro wrestling landscape as the years go on, and Khan is excited about the possibility of growth.

AEW’s commitment to their fans was the spark which started the entire company. All In was an event that proved a company outside of WWE, not even a company at the time, could sellout a 10,000 seat arena. All In had a recorded attendance of 11,263.

While speaking to CBR, Tony Khan compared AEW to Marvel in the way they listen to fans. He would obviously love to have that kind of mainstream attention that Marvel receives, but they are working hard to stretch their reach.

“One of the great things [Marvel does] is they really care about what their audience wants, and they go out of their way to hear their fans. I think that’s what I try to do with AEW and we all have made our mission with AEW is to give a wrestling show that was giving the fans what they were missing in wrestling. I think we’ve carved out a great space for ourselves, similar to Marvel. Obviously, I’d love to have the kind of mainstream success they’ve had.”

“But within the world of wrestling, we’ve been extremely successful. And in the mainstream, we are very successful. I mean, we’ve got a top TV show. Since the news has dominated really the last eight-plus months, we’ve always consistently been in the top five non-news shows, often number one or number two, and that is great mainstream success. I’d like to get even bigger, and Marvel is a great company to try and aspire to be like them. I would absolutely take that comparison all day.”

AEW’s efforts in the action figure world have proven very successful. They are about to branch out into the video game market in a big way as well. The future seems bright for AEW as the company remained strong through the pandemic and the tumultuous 2020 Presidential election.