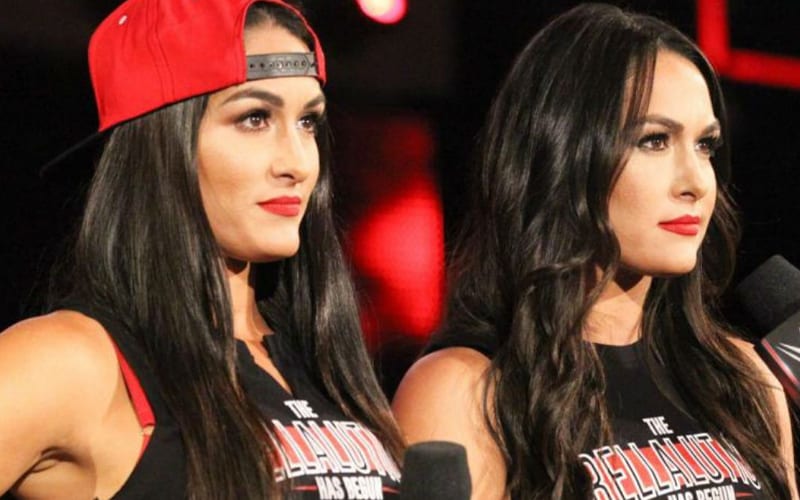 The Bella Twins teased a WWE return in a big way. That is apparently possible, even with Nikki Bella retiring after neck issues, but they can’t just jump back in the ring.

Nikki and Brie Bella set the record straight in a new YouTube video. Nikki cleared up their current “talks” with WWE about a return. Apparently, Artem was a bit presumptuous when he said that.

Then Brie Bella clarified that it’s also about the timing. A return for the Bella Twins isn’t out of the question, but it’s not happening next month.

“We do really want to make a return. The timeline of it — we don’t know when.”

“A couple of mistakes I did with Birdie on a couple of my comebacks is Birdie was so little — you’re sleep deprived, you’re trying to train, you’re trying to be a mom, so it can be really hard. I’d like to wait until the boys are like two years old, or something like that. I see us making a comeback in a couple of years, or maybe it’s next year, I don’t know, but it’s not next month!”

The Bella Twins obviously want the WWE Women’s Tag Team Titles. Those are belts they feel were created for them to carry. WWE even nixed a feud against The IIconics with those titles in play.

A WWE return might not be in the cards at this time because both Nikki and Brie Bella seem to be very busy with other things. They’re not ruling it out completely.