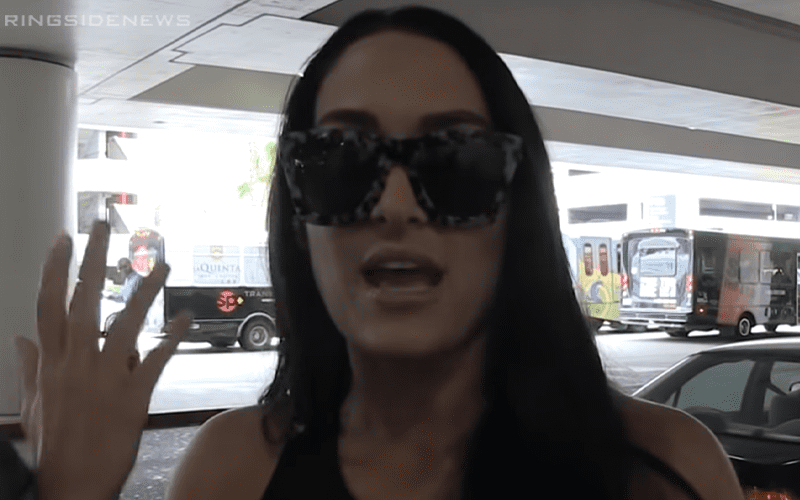 Nikki Bella cannot wrestle anymore. She had a great career in the ring, but it is over due to a neck injury and she also developed a cyst on her brain due to all of those bad bumps.

She let is all out on The Tonight Show before announcing that season five of Total Bellas is going to happen despite slipping ratings.

As she spoke to TMZ, she said that she is bummed that her in-ring career is over. Her brain cyst is “super scary” which was a big reality check for her.

“They found a cyst on my brain which thank god, it’s benign.”

“It’s super scary, of course. It’s just something that you’re never gonna hear, but I’m super grateful for my health, I’m grateful it’s benign, it’s something that you have to look out for for the rest of your life because you never know how that can change. So I’m definitely grateful because I know people go through it worse.”

She said that it was super scary and it doubly sucks because her brain cyst is keeping her out of the ring. The Bella Twins wanted to return and have a go at the WWE Women’s Tag Team Titles, but that’s not happening now. Thankfully, Nikki Bella seems to be in good spirits about it.