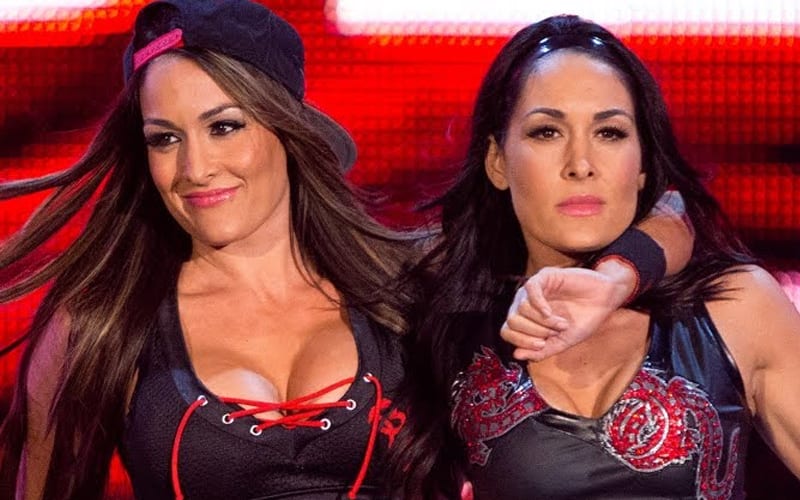 WWE inducted the Bella Twins into their Hall Of Fame this year, but they didn’t get to hold a ceremony. The twins might make a return to the ring before their induction can actually happen.

Nikki Bella retired from in-ring action due to neck issues, and discovering cysts on her brain. Brie Bella hung up her boots to focus on her family. You can never say never in pro wrestling.

The Bella Twins hinted that they would like to make a return in a big way. They believe that they have one last good run in them, and they want the WWE Women’s Tag Team Titles.

While speaking to US Weekly, Nikki Bella’s husband Artem Chigvintsev confirmed that Nikki is “having talks about coming back” to WWE. He expanded on that to say that these talks to include a return of the Bella Twins.

“She’s been having talks about coming back and doing something together with Brie,” Artem confirmed. He did not say much more than that.

Chigvintsev seems super supportive of his wife’s passion to make an in-ring return. We’ll have to see what’s in the cards, but the Bella Twins might not be 100% retired just yet.