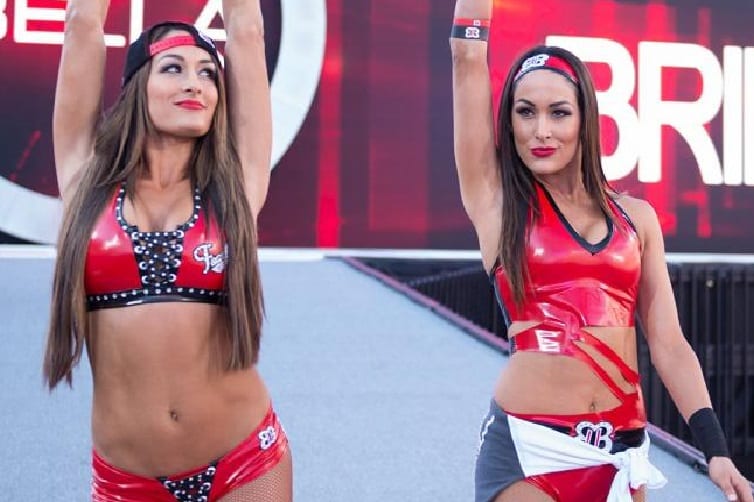 The Bella Twins left the ring in favor of focusing on other interests. Their families have also grown considerably since retiring from in-ring competition, but they say there is one more run left in them.

WWE proposed a feud with the IIconics vs Bella Twins while Peyton Royce and Billie Kay were champions. Obviously, that didn’t pan out for several reasons. The IIconics were split up, much to the disdain of Peyton Royce, but Nikki and Brie Bella might have a comeback in store.

While speaking to Access, Brie Bella addressed the possibility of making an in-ring return. She did not write off the idea as they had in the past.

“See, this is what ‘s hard for Nikki and me because when we left, all of the sudden the WWE Women’s Tag Titles came, and we’re like, ‘Wait a sec, that’s for the Bella Twins.’ Like, we’ve been dying to have tag titles, and so her and I feel like we have one more run in us. We really want those tag titles.”

We’ll have to see what’s next for the Bella Twins. Total Bellas is still shooting and there aren’t any signs of that show stopping. A return to the ring could make a fascinating story arc for an upcoming season of their reality television show.