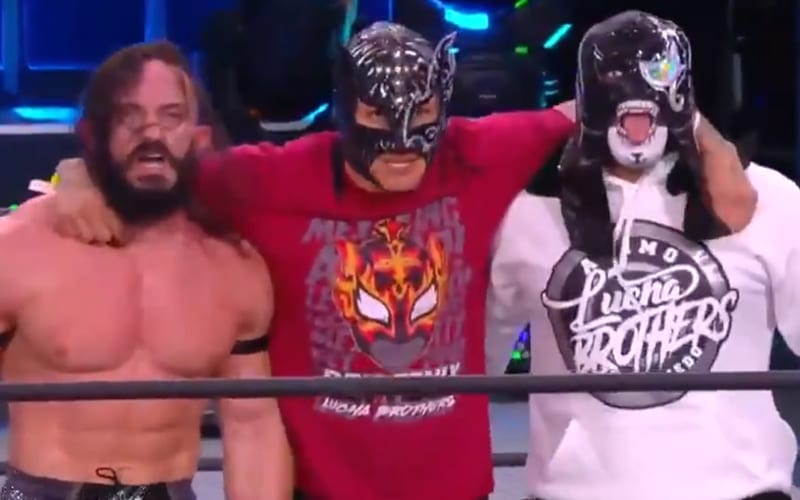 The Lucha Bros and Pac were the Death Triangle prior to the pandemic. Then nobody could make it back to Dynamite’s tapings for a while. The Lucha Bros eventually returned, but Pac took much longer. Now all three are back on Dynamite.

Pac returned to action this week on AEW Dynamite. He defeated The Blade, and then Eddie Kingston took the ring as Butcher took Pac out. Kingston cut a promo on Pac until Fenix ran down for the save. Kingston, Butcher, and Blade put Fenix down, and then Penta entered with a chair. After teasing that he was going to attack Fenix, he ran the heels out of the ring.

Tony Schiavone said on commentary that the Death Triangle is back together. Pac and the Lucha Bros celebrated in the ring, but their story is far from over with Eddie Kingston, Butcher, and The Blade.