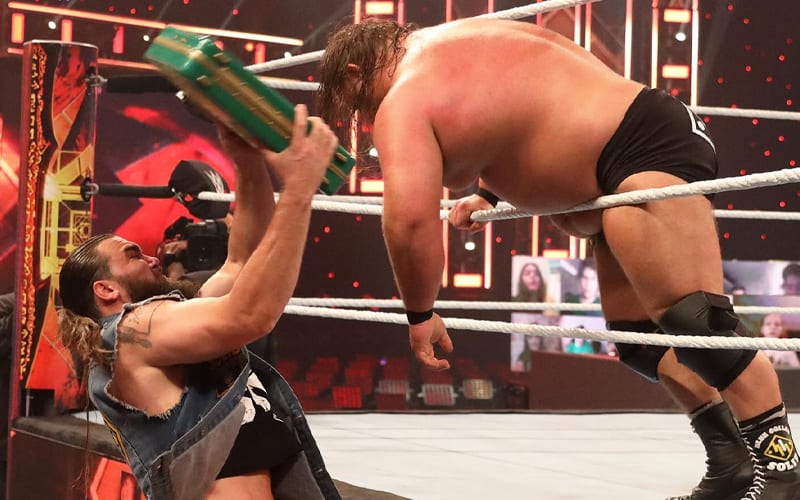 WWE Hell In A Cell featured a match for the Money In The Bank contract. Otis was forced to put his briefcase on the line against The Miz. After John Morrison was ejected for trying to use the briefcase on Otis, Tucker did the deed.

After the match, Tucker explained why he turned on his Heavy Machinery partner. He cited all of the times he had to stand to the side while Otis got the spotlight. All of that snowballed to the eventual turn.

It seems logical that Otis vs Tucker will happen at Survivor Series, but that isn’t 100% in stone as of this writing. WWE has a lot of ground to cover prior to November 22nd. Brand lines do separate the two, so it would make sense if that is the destination, but it was not confirmed.