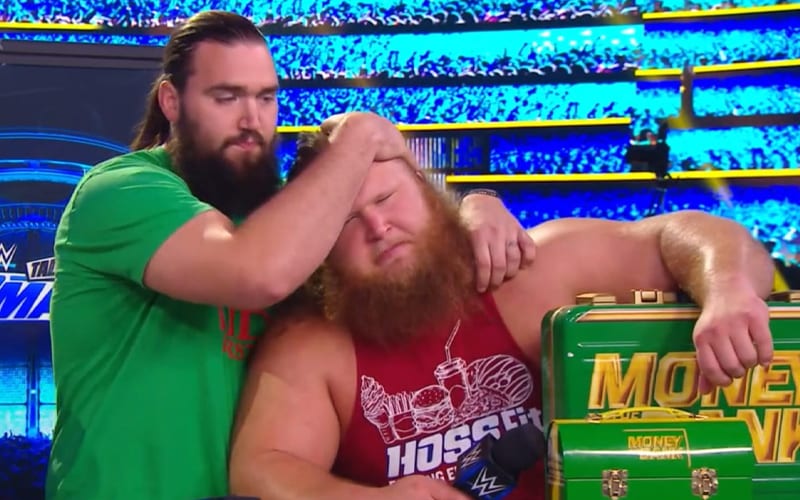 The WWE Draft split up The New Day, but that wasn’t the only team that was separated as part of the draft. Heavy Machinery were also picked by different brands.

The news of Heavy Machinery’s split was made as Otis and Tucker were on Talking Smack. Fans got to see their immediate reaction to the news, and Tucker had a lot to say.

“You know I feel very disappointed obviously, you know what I mean? This is a four-year brotherhood it’s more than a partnership. We travel together. We sleep in the same hotel rooms. We eat every meal together. This man is literally my brother — maybe you [Sami Zayn] don’t have any friends who would go to the end of the earth for you, but I have this man who would and it’s going to hurt that I won’t get to see him on a weekly basis, but you know what? I’m still a WWE Superstar and I know exactly what to do inside that 20×20 ring.”

“So, now I’m going to have what I like to see as an opportunity to show what I can do by myself and this man — Mr. Money In The Bank, you know we’re not going to be sad and sit on our laurels, we’re going to make the most out of a bad situation and we understand that the WWE Universe is like a carousel and what goes around comes around. It doesn’t mean that Heavy Machinery is over with forever, but it means we’re over with right now, buddy.”

Otis and Tucker have a lot to accomplish in WWE. Otis is a favorite of Vince McMahon, and Tucker will now have an opportunity to prove what he can do on RAW. Hopefully, they will meet again someday as the two tag team partners still share an incredible bond that will obviously last for a long time to come.