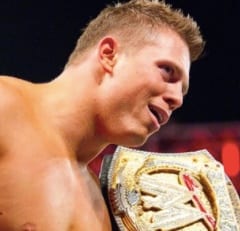 Last night, with the assistance of Tucker, The Miz was able to defeat Otis and capture the Money in the Bank briefcase.

We’ve seen him hold this accolade before back in 2010, and when he decided to cash in almost ten years ago on an episode of RAW, he did so against the man who held the WWE Championship at the time – Randy Orton.

Now, one decade later, The Awesome One is threatening to do the exact same thing.

Regardless of whether or not Miz is able to win the world title again, you can bet we’re going to get some fascinating interactions between these two former rivals.