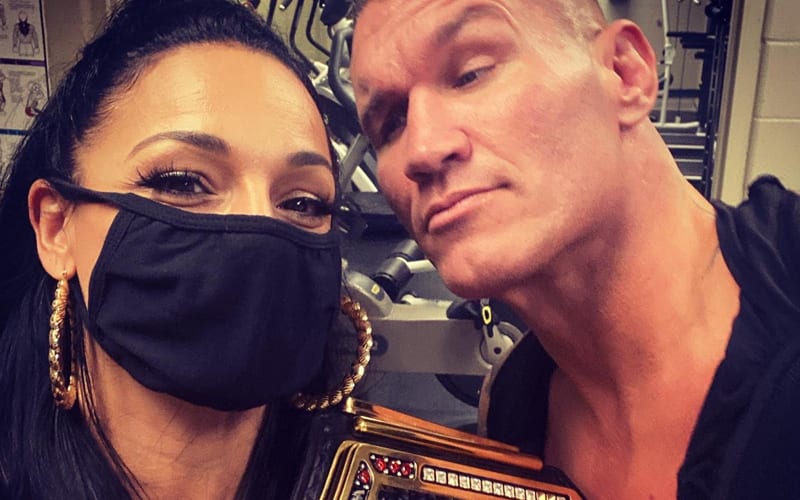 Randy Orton captured his 14th WWE World Title at Hell in a Cell. That match was very brutal, but Orton’s wife Kim was backstage waiting to make everything better for The Viper.

Kim Orton was backstage at the ThunderDome. She got to take some pictures with her husband’s new title. She also understands what Randy Orton just went through, but Kim was ready to take Randy’s mind off things.

I love you so much @RandyOrton and I’m so proud of you. I know you just went through hell but mommas gonna bring you to heaven

Randy Orton’s big title win tied him with Triple H, and it also marked the 50th World Title held by the Evolution stable. It was a very big night for The Viper, and now there is a new top champion on the red brand.