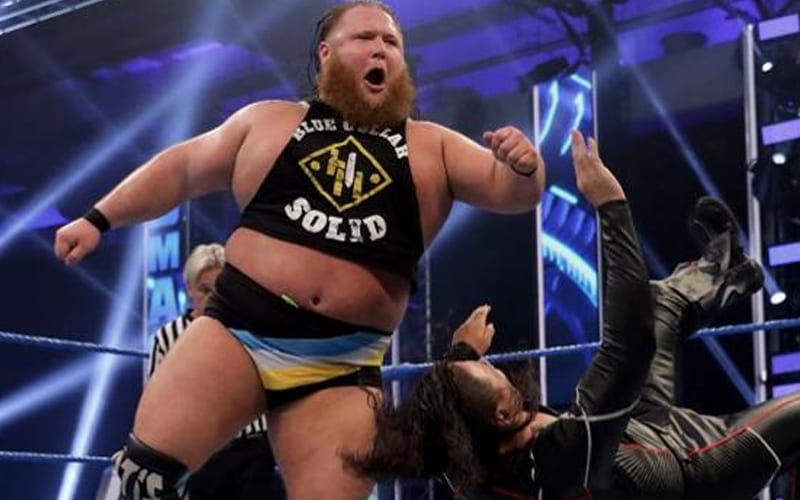 Otis is no longer paired with Tucker in Heavy Machinery. He still loves his brother Tucky, but Otis is off on his own and enjoying quite a push in WWE.

Ringside News has learned that when it comes to getting a push, “Otis is long term.” His Money In The Bank briefcase win is just the start of things for him.

Otis’ push in WWE is still 100% Vince McMahon. We previously exclusively reported that McMahon is the driving force behind Otis’ sudden rise up the roster.

No matter how being Mr. Money In The Bank pans out for Otis, his push in WWE is only beginning. It looks like Gerald Briscoe helped recruit another top Superstar in WWE.