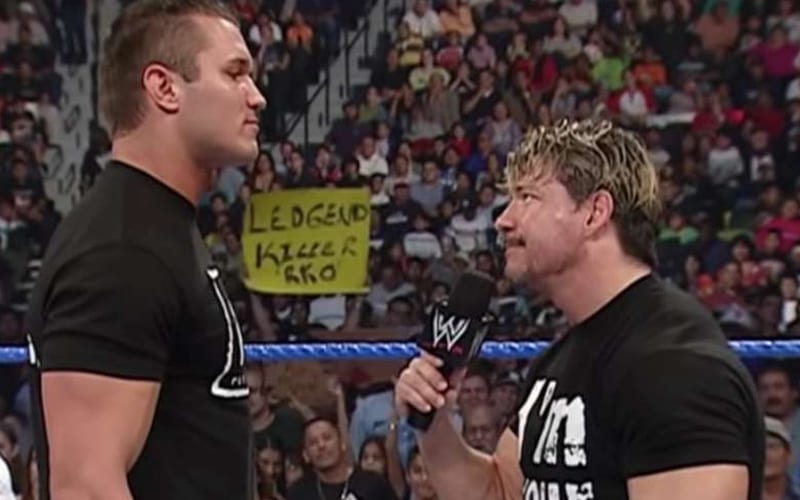 Eddie Guerrero would have turned 53-years-old if he was still with us. Yesterday was a big day and plenty of people remembered Latino Heat, including Randy Orton.

Guerrero’s name trended on Twitter as over 25,000 tweets featuring his name flooded the Internet Wrestling Community in a very short span of time. Randy Orton logged onto Instagram where he posted a heartfelt tribute to the late legend.

I knew eddie for a couple years. I was so young and knew that I shouldnt approach him but had the unimaginable job of wrestling in the main event on TV, so I had to. There has always been attitudes egos or whatever backstage, that will never change. But when I met eddie I forgot everything that I was supposed to know about the wrestling business. Here was this top talent, that cared enough to give me the time of day. When I thought that a simple word would bother him, or he would tell me to F off, I quickly realized that I was dead wrong and that he gaf. He saw a young newcomer to the biz who was excited to work with him and he took the time to make me feel comfortable. I take that with me these days, the understanding that the new guys aren’t anything more then exactly how I USED to be. He made me feel welcome. He made me feel important. I will forever miss him, and can say without a doubt that he was one of the greatest to ever lace up a pair of boots. RIP #eddieguerrero

Eddie Guerrero inspired millions in and out of the ring. His attitude and passion for pro wrestling was second to none. Randy Orton is using those lessons as we speak while WWE continues with The Viper leading the locker room as a veteran now.

Ringside News exclusively reported on Randy Orton’s dramatic transition to become a guy who others look toward much in the same way they looked at Eddie. Latino Heat might be gone, but he will never be forgotten.