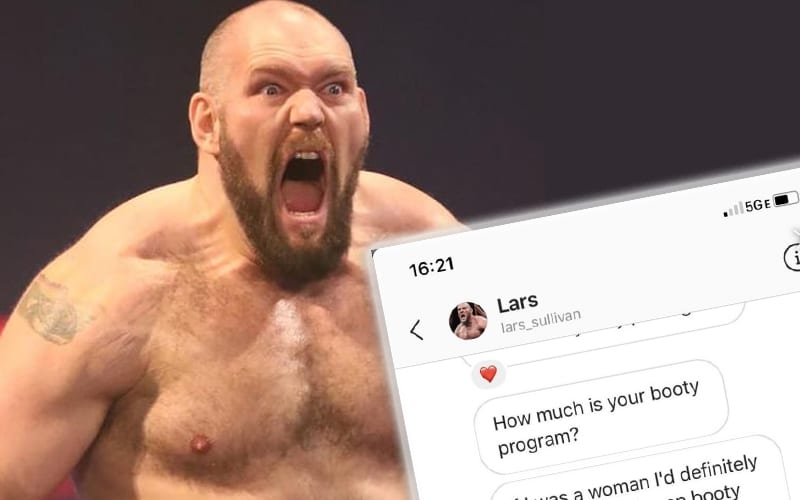 Sullivan’s sketchy cyber past is well documented at this point. He made several posts on a bodybuilding message board prior to his time in WWE that were quite racist and homophobic. He was later fined $100,000 by WWE for those posts prior to suffering an injury that put him out of action.

The Freak was on the shelf, but his name made more headlines when footage was uncovered of him in homoerotic films. He went by the name Mitch Bennett in those films, but he went by Lars Sullivan when he was DMing an Instagram account called Yoga For The Athlete.

Annika Naidoo-Fuge spoke to Bodyslam.net where she confirmed that this story is true. She said that Sullivan slid into her DMs and you can read what went down from there. He started hinting at buying photos from her and things escalated quickly. She then shut him down and blocked him.

You can find DMs between Naidoo-Fuge and Bodyslam below along with additional screenshots she provided.