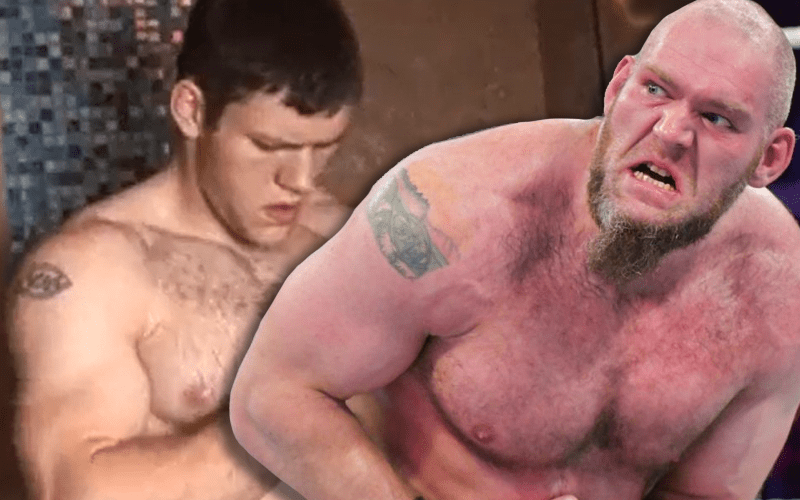 Lars Sullivan is currently out of action after suffering a knee injury. He is rehabbing as best he can, but there have reportedly been some hold ups. This newest development might complicate things even more.

Fans have uncovered some old video work that Lars Sullivan, real name Dylan Miley did a number of years ago. If you recall he received a $100,000 fine from WWE for offensive message board posts he made on a bodybuilding forum years ago. Some of those comments were deemed homophobic. It appears that he had more skeletons in his closet than message board comments.

We were sent a tip from one of our awesome readers that Sullivan performed under the name Mitch Bennett before he became a WWE Superstar. Mitch Bennett appeared in a number of pornographic videos. The only ones we were able to find are of the homosexual variety.

You can find screenshots below from a couple of videos. We won’t be posting anything explicit. It certainly appears to be Lars Sullivan.

He also did solo scenes. In the screenshots below you can see his tattoo. He has since had more work to cover it up, but the shape is still in the ink he has now.

Someone even got into his Wikipedia page already and made some alterations.

Update: After this article dropped people suddenly started searching for Lars Sullivan and Mitch Bennett in a big way.

This photo needed to be cropped a lot.

Here is an older picture of Lars Sullivan back when he was young Dylan Miley from a selfie that he posted on the bodybuilding message board.