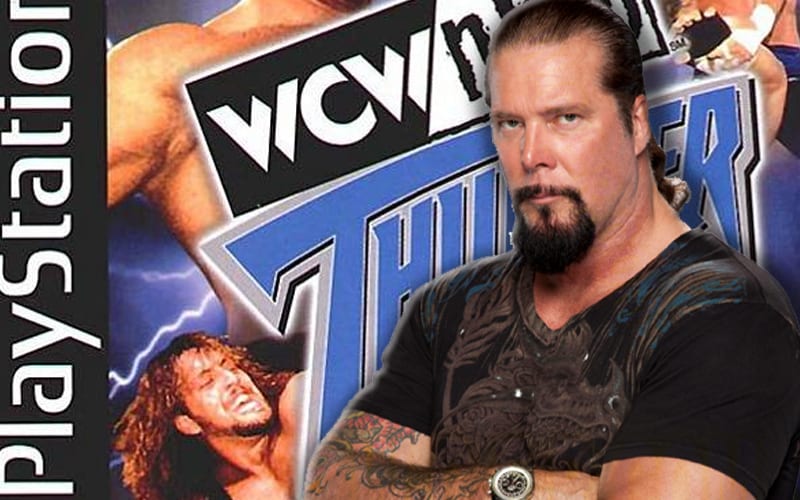 Video game history is full of fascinating stories. Big Show recently told a story about accidentally getting the entire check for his work on a WCW video game, and how he cashed it quickly to hide the money so WCW couldn’t get it back. We’re not sure of the reason why Kevin Nash was later labeled as The Giant on the Thunder game, but that happened too.

A Twitter account called WCW Collection tweeted out the Thunder video game for the Playstataion. RetroMania then retweeted that image with it zoomed in on the featured stars on the back. For some reason Kevin Nash was pictured twice, but labeled as The Giant in one photo.

Another Twitter account shared this fact, and they tagged Kevin Nash. Big Kev replied back and cleared things up in his own way.

No I’m billed as me ,the Giant has my likeness

It would be interesting to know why the Thunder video game featured Kevin Nash twice on the back. Apparently, he looked different enough in those photos that whoever put the cover together didn’t notice. There might have been more to it considering how Big Show pocketed so much cash from a previous video game.