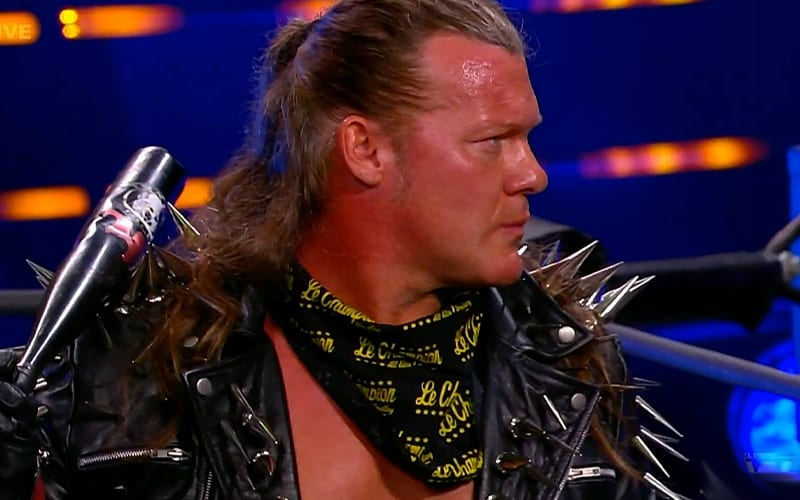 Chris Jericho is prepared to celebrate his 30th Anniversary in pro wrestling this week on AEW Dynamite. He has a long list of accomplishments, but one fan wanted to add an item to that list that Jericho didn’t appreciate at all.

B/R Wrestling tweeted out a photo of Le Champion along with a caption asking what is Jericho’s greatest career moment? One fan replied saying: “Performing at the COVID Super Spreader, Sturgis 2020 and still being a MAGA supporter are among his most recent accolades.”

Chris Jericho didn’t like hearing this at all. He was also in no mood to mess with. Le Champion fired back at this fan by saying:

Hi. F*ck off. Not in the mood today dipsh*t

Chris Jericho isn’t in the mood to hear about how his band Fozzy played the Sturgis Motorcycle Rally where about 1/4 of a million COVID-19 cases reportedly stemmed from. This tweet generated a response from fans, and a few of them dropped a variety of responses on the matter as well.