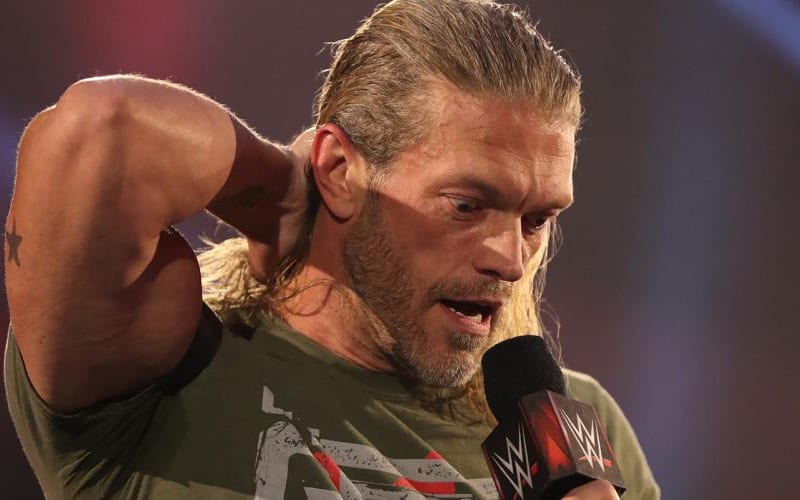 Edge tore his triceps during the Greatest Wrestling Match Ever against Randy Orton at Backlash. As soon as he was injured, Edge asked Vince McMahon for a last man standing match against The Viper. Now Mania plans seem to be up in the air.

Not only is WWE’s creative direction unpredictable, but Edge’s recovery after injury is much slower at 47-years-old. While speaking to Busted Open Radio, Edge said that he doesn’t know how soon he will be able to make a return to the ring.

“I mean, I don’t know. It’s a learning process because I’m going to be 47 next month, so I didn’t know how I heal from injuries, surgeries [and] things like that. It’s a slow process. I’m not going to lie. The triceps is a different thing. I got back from an Achilles in six months, but I was 35 doing that, so at 10 plus years, I don’t know. It’s a different thing. You don’t realize how much your triceps is involved in almost everything you do in terms of arm movement.”

“So, I don’t know yet. I know it’s a lot slower than I thought it was going to be because I just have this mentality of, ‘Right. No big deal. Surgery, PT and we grind through it, we break down the scar tissue and off we go.’ So, I don’t know if it’s the injury itself [or] if it’s I’m a little older, I don’t know what it is, but it’s not as fast as I would’ve liked.”

Edge signed a deal with WWE to wrestle at least nine matches, but they could always get more out of him. He has a few of them out of the way, but that deal will likely still be in place whenever he can return.

Hopefully, Adam Copeland is just working the fans like he’s done so many times in the past. It would be great to have him back sooner than later. He denied his WWE return was happening until his music hit during the Royal Rumble match.