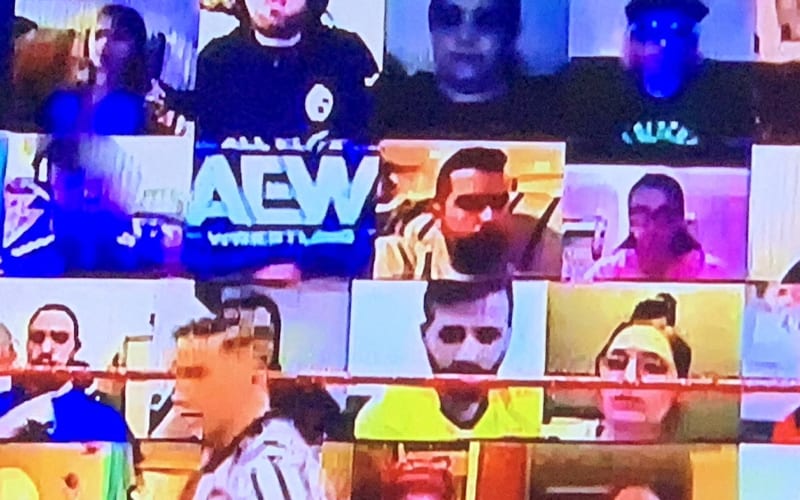 WWE’s ThunderDome brings fans directly into the Amway Center from the comfort of their home. This week an AEW logo made it through.

WWE fans have invaded the ThunderDome with heinous imagery in the past including a KKK rally and a man slicing a neck open with a knife. Kenny Omega also showed up in the ThunderDome, but that wasn’t as bad.

This week a fan used their ThunderDome seat to display a big AEW logo when they noticed that they were moved into the hard camera’s view. WWE fixed the issue quickly, but not before we were able to grab a screenshot.

You can check out the image below. Odds are this fan was ejected from the ThunderDome and banned as per their policy, but they might not mind too much.