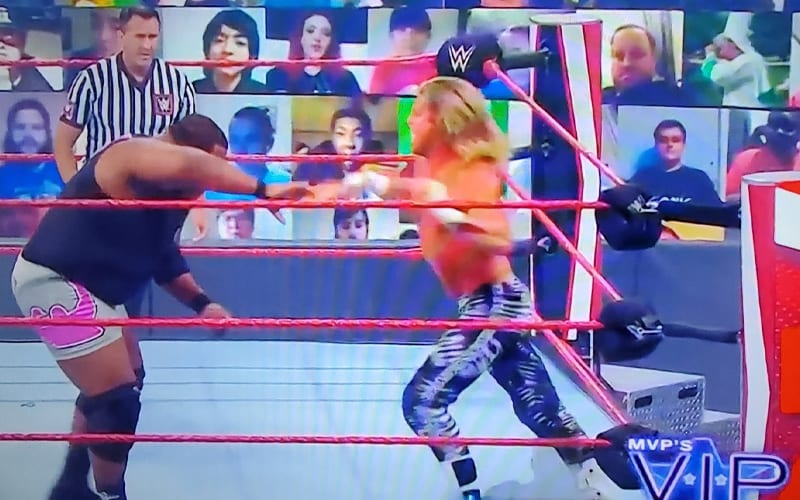 WWE put a lot of fans on television with the ThunderDome, and that always comes with a risk. For the second time a “fan” has abused their position in the ThunderDome to display imagery related to the KKK.

Another “fan” was seen in the ThunderDome this week playing a KKK video. During Keith Lee vs Dolph Ziggler, a video was played on one of the screens showing a Klan member. The camera cut away, and the fan was removed, but it did make the broadcast.

The company previously released a statement distancing themselves from anyone who abuses the ThunderDome in such a way.

wpDiscuz
23
0
Would love your thoughts, please comment.x
()
x
| Reply
Report this comment
You are going to send email to
Move Comment