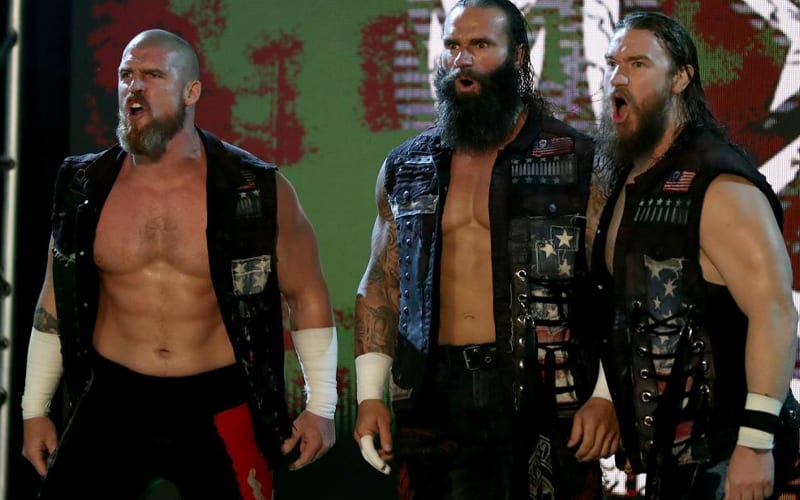 WWE had big plans for the Forgotten Sons. They had to pull them off television when Jaxson Ryker posted a pro Trump tweet during an inopportune moment. Now fans are waiting to see them again.

It was previously reported that WWE is considering ideas for the Forgotten Sons’ return. They might not come back as the full trio.

According to Fightful, Wesley Blake and Steve Cutler are both featured on the internal roster sheet, but Jaxson Ryker is not. This is very interesting as rumors of their impending return continue.

Ryker hasn’t ceased his right-wing social media posting. He recently caused some attention to himself for promoting an anti-masker tweet. That got him a fair amount of heat from fans as well.

WWE had plans to put the SmackDown Tag Team Titles on the Forgotten Sons. Now we will have to see if they end up being repackaged or they simple return to television as a duo instead.