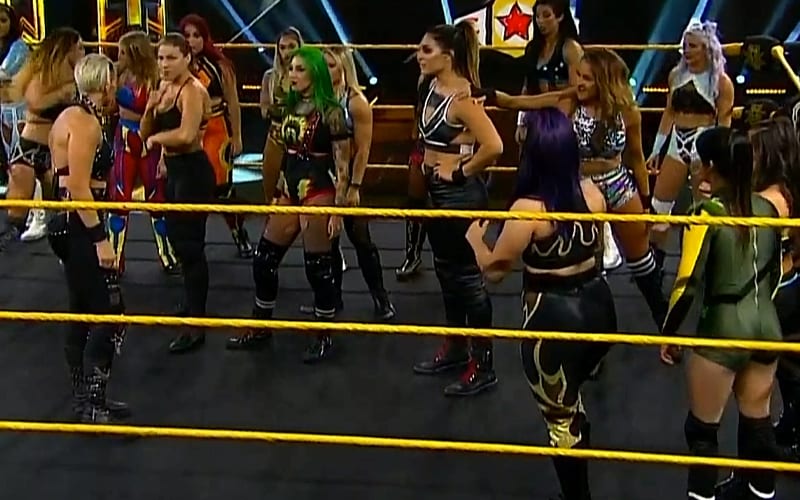 WWE had to make some big changes to NXT this week. The Performance Center is no longer being used for training as it is renovated, and a COVID-19 outbreak sprang up in their makeshift training facility.

The opening match during NXT this week was a women’s battle royal match. Bryan Alvarez noted on Wrestling Observer Live that many of those women hadn’t seen ring-time on television yet.

Fightful reports that “a large number of the roster was kept off the show taping” this week for NXT. “Several extras” who were supposed to be in the crowd were actually used in the battle royal instead.

As a result of using people intended to be extras in a match, there weren’t many people in the audience around the ring.

It is thought that a party held by an NXT Superstar is to blame for this latest outbreak of COVID-19 in WWE’s NXT brand. Click here for more information on this ongoing situation.