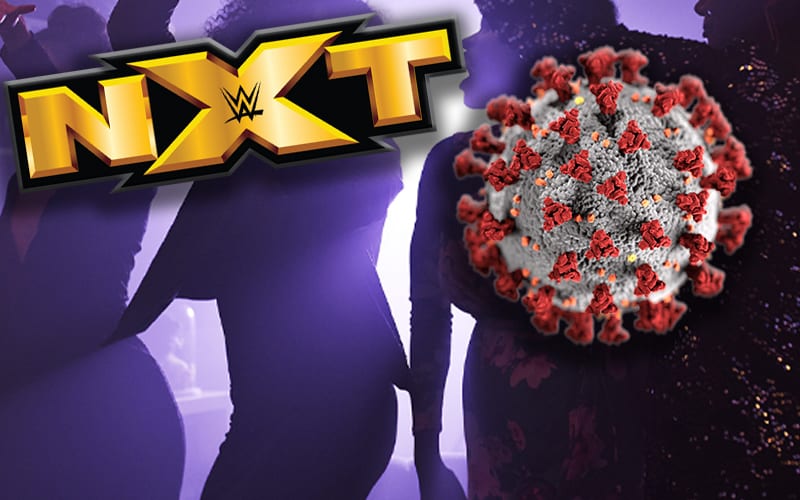 WWE NXT saw a reported outbreak of COVID-19 within the brand. This caused them to shuffle around their booking plans. Now a party could be the root of the issues.

It is unclear how WWE NXT does contact tracing. It is reportedly believed that the cause of this new outbreak of COVID-19 was caused when one NXT Superstar had a party and other trainees attended.

According to PW Insider, the belief is that asymptomatic people at the party transferred the virus to others and it spread from there.

“The belief among several sources is that the outbreak started after a NXT talent threw a party that fellow trainees attended, leading to an asymptomatic transmission of the virus that then spread among those who work and train in the Performance Center.”

This COVID-19 outbreak in NXT was the reported reason why the Gauntlet Eliminator had people in it who aren’t usually in that high profile of a match. The women’s battle royal also included a lot of people who had never seen television time in a ring to fill out the match.