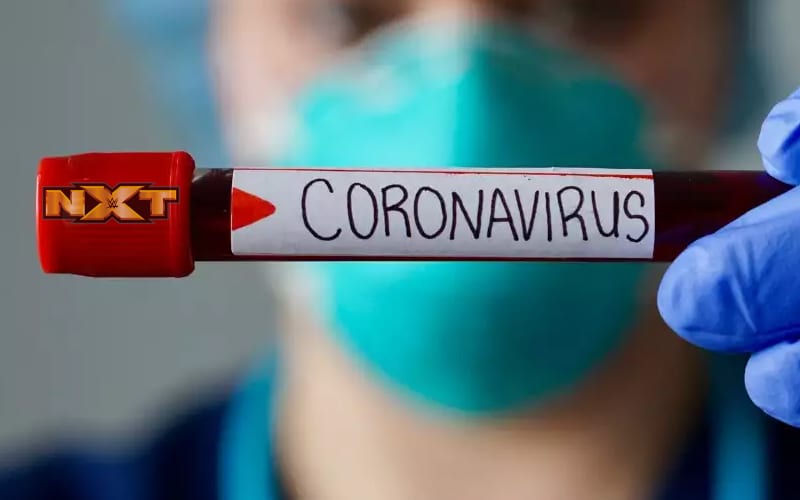 WWE’s NXT brand reportedly saw an outbreak of COVID-19 testing. According to Jon Alba, they shut down training at their facility and they are now trying to deal with this issue.

During Wrestling Observer Live, Bryan Alvarez discussed the opening battle royal match during NXT this week. He noted that it seemed like WWE had to bring in a lot of unknown female wrestlers to fill out the battle royal.

He made a transition to this subject from discussing the current outbreak situation of COVID-19 at the WWE Performance Center.

“The reality is everybody that I’ve heard some numbers for NXT and I don’t wanna talk about anything except to say that when I watched this battle royal I was like, ‘wow there are a lot of people like from the Performance Center who look like they’ve never been in a ring in their life being used to fill out this battle royal.’ They got them out of there pretty quickly.”

Candice LeRae won the big battle royal and secured her spot at TakeOver. Johnny Gargano came out to celebrate with her as well. The Gargano household might have two titles after TakeOver as Johnny Wrestling also has a big title match.