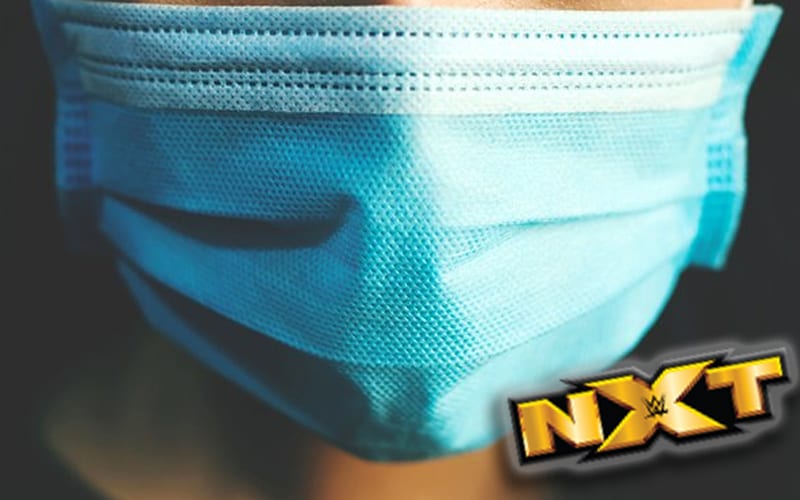 WWE is remodeling their Performance Center and trainees were sent to another facility across the street to learn the ropes. This is where a COVID-19 outbreak took place within the developmental roster.

The company was forced to change around the Gauntlet Eliminator match this week on NXT. They might have to change a lot more as well.

During the Living The Gimmick podcast, Jon Alba discussed concern within WWE NXT that some Superstars weren’t sent home when they should have been. Alba followed that point by bringing up how he heard that they are not enforcing mask wearing policies in their training much either.

“There was also some concern over the idea that there has not been an enforcement on mask wearing in spaces where some talent are congregating like they should like at the gym and at the Performance Center or places like that which I don’t know for sure what the situation is as far as what it looks like every day at the PC. I don’t want to speculate, but I don’t think they’re getting tested every day just to go to the PC. I think it’s primarily for the TV tapings and I think the ThunderDome situation is different. Again, I don’t want to speculate and I don’t know, but I don’t think that’s what’s happening.”

Proper mask wearing is essential. It has been scientifically proven to slow the spread of COVID-19, and any other communicable diseases. The coronavirus pandemic is still ongoing in America and new cases are being discovered every day. Now WWE has to deal with an issue that they really wanted to avoid.