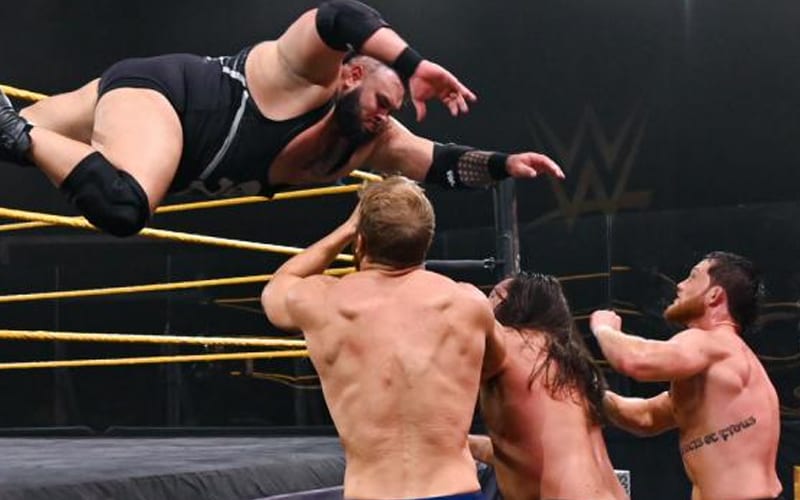 WWE NXT saw a COVID-19 outbreak in their training classes. It is believed that a trainer had the highly contagious virus and spread it to others.

The company saw some interesting matches this week on NXT. One tag team match gave many clues about who might have been missing. The main event was also changed around due to these circumstances.

During the Living The Gimmick podcast, Jon Alba reported that the Gauntlet Eliminator match that they held on WWE NXT this week was changed around due to positive COVD-19 test results. It wasn’t confirmed to have changed anything about the women’s battle royal.

“Classes were indefinitely postponed if you remember classes were just starting again and they were starting to pick them back up. Those were postponed and what I can tell you is that this had a tangible effect on creative in the sense of the gauntlet for the championship that they will be running. I don’t know about the women. It might have for the women. I don’t know, I can’t confirm nor deny that, but I can tell you for the Gauntlet Eliminator it did.”

It was noted that this is the reason why fans saw “uncustomary” names in the Gauntlet Eliminator match. Kyle O’Reilly ended up winning the match which should result in an incredible TakeOver encounter against Finn Balor.

It’s unclear if WWE had to change up the winner of the Gauntlet Eliminator match, but the participants were certainly switched around due to a coronavirus outbreak in the black and gold brand.