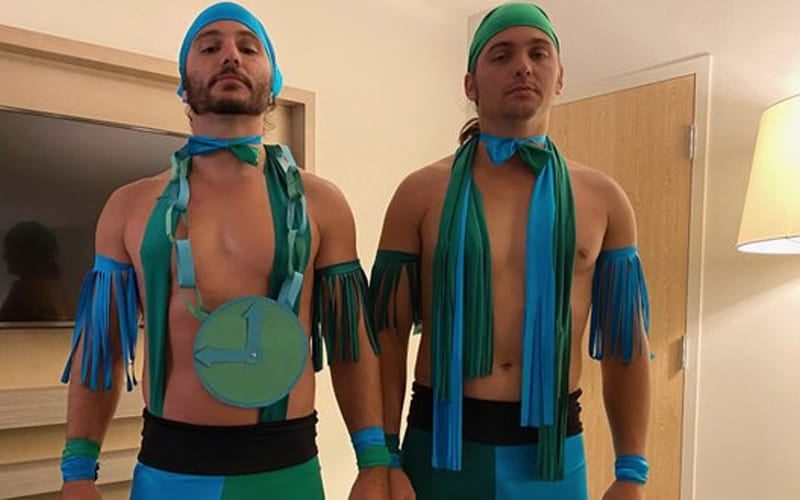 Vince McMahon had a big idea to repackage the Revival as a comedy act. He wanted to dress them as clowns, but they decided not to sign new deals. Now that look they almost wore on television is a popular inside joke within the Internet Wrestling Community.

Dax Harwood fired back a reply to reference all of the copyrights that WWE made them hand over prior to granting their release:

“Thank God we spent thousands of dollars to get out of our contracts to come to your show just to make this happen….because you were always too afraid to come to us.”

The Young Bucks’ Twitter account then sent off a reply showing the Jacksons dressed up like FTR would have been forced to dress if they stayed in WWE. Those outfits were previously worn during a Being The Elite sketch.

“Well, if we went there, you guys would’ve looked like this…” the Young Bucks replied.

FTR and the Young Bucks have yet to wrestle in the ring just yet. AEW is obviously saving that match because when it happens everyone will rejoice.