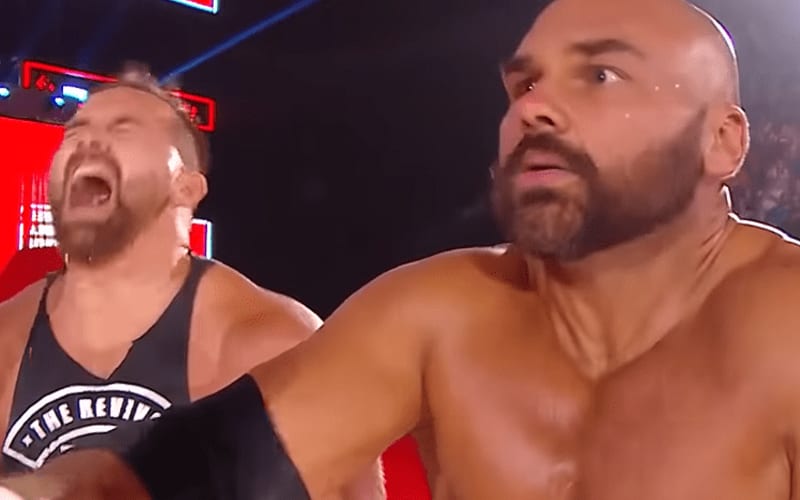 There was a time when WWE hinted that The Revival might go the direction of comedy characters. They didn’t go full-comedy, but WWE still made fools out of Dash Wilder and Scott Dawson whenever they could.

Now known as Cash Wheeler and Dax Harwood, The Revival could be going with the name The Revolt. Leaked photos from Bodyslam.net show rejected plans that the Top Guys avoided in WWE.

These sketches of new character attire show The Revival as straight-up clowns. It is quite interesting that WWE went this direction and took the comedy idea so far. They were given to The Revival during their final meeting with WWE.

Vince McMahon handed these proposed changes to The Revival personally. We can only imagine that he said it was “good sh*t, pal” in the process. This gimmick change would have also come with a new entrance and a “completely different dynamic for the team.”

Obviously, those plans didn’t happen, but it got far enough along that they were pitching the concept with this look. You can check out the photos below.

What do you think about these rejected ideas? Do you think The Revival dodged a bullet? Sound off in our new and improved comments section!