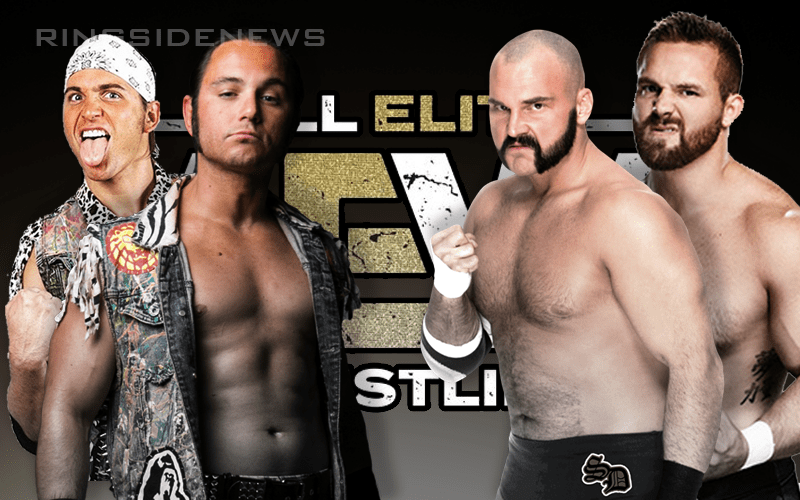 The Revivals’ WWE contract status has been discussed numerous times on Ringside News. The company has come back to them with several offers, the latest if over $700,000 each for 5 years which they have rejected.

The Top Guys registered a trademark for Shatter Machine. That is their current finishing move in WWE, but it could also work as a fine team name.

Cody Rhodes dropped a big hint to The Revival as Double Or Nothing started last year. He wrote #FTR on his coffee cup which he drank from as he got out of his ride to the arena.

During a recent Instagram Q&A, Matt Jackson was asked what tag team The Young Bucks want to face that hey still haven’t locked up with. His answer was simply: “FTR.”

Scott Dawson’s WWE contract is up in April, but Dash Wilder’s deal isn’t up for a few more months after that. Dash was injured in 2017 when he broke his jaw during an NXT farewell tour. The company is using that time off from three years ago to keep him around even longer.