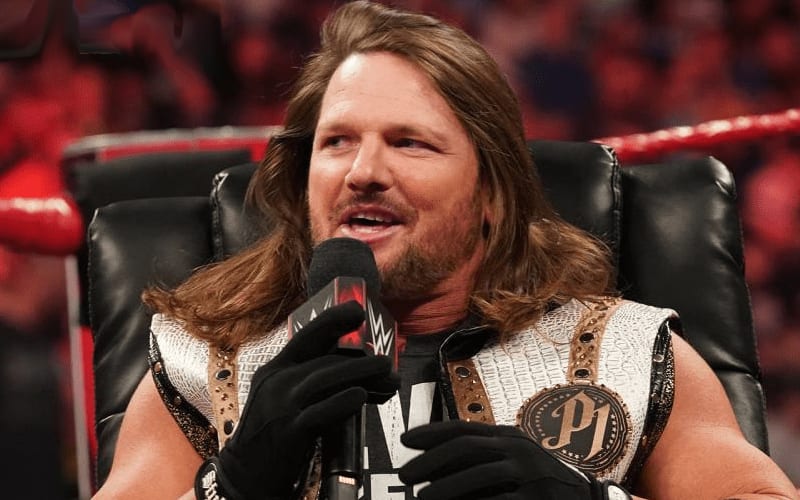 Frankie Kazarian had a chance to impress on his own this week on AEW Dynamite. He lost a match against Hangman Page, but Kaz is always there to impress. An old co-worker of his was certainly watching even if he’s in WWE.

Click here for our complete coverage of AEW Dynamite from this week.0

During a recent Twitch stream, AJ Styles put Frankie Kazarian over in a big way. He sees what Kaz is doing on AEW, and he knows him from well before his SCU days.

“What a match. I don’t know how Kaz is doing this stuff, man. This guy is in unbelievable shape. He’s so good, he’s great! I’m not at all surprised to see him put on that type of performance. He’s unbelievable.”

AJ Styles is still performing at a high level in his own career. We’ll have to see if Kaz and AJ ever meet again, but at least we know that there is still a great mutual respect between the two of them.