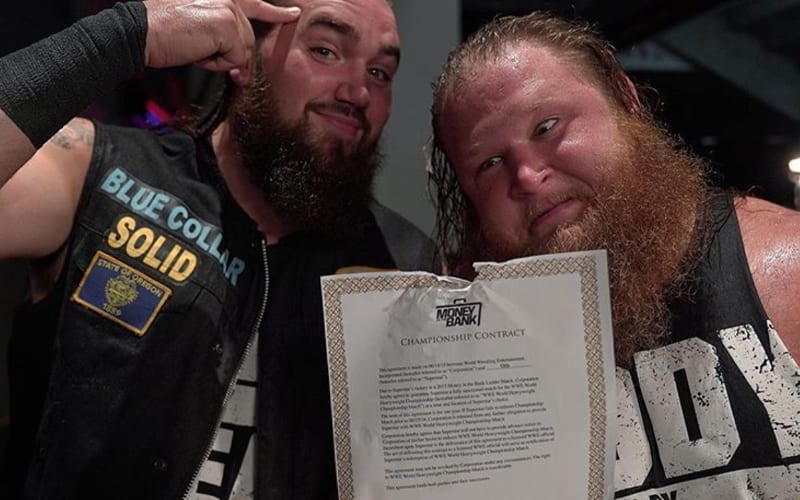 Otis outsmarted The Miz this week on Friday Night SmackDown, but what kind of contract does Otis really have in that Money In The Bank briefcase?

Otis is still Mr. Money In The Bank, but Miz wants that contract. He said his attorney told him that every contract has a loophole in it. That loophole might have been discovered by eagle-eyed fans.

Otis was actually given the contract for the 2015 Money In The Bank ladder match. It says 2020 at the bottom next to his name, but the body of the text includes different information.

The contract that Otis held up to the camera for WWE to post on social media stated that he can cash in between June 14th, 2015 and June 15th 2016. It appears that Otis is walking around with an outdated contract.

This might have just been an example of WWE’s props department not printing out an updated contract. They might not have counted on someone holding it up for a high definition camera to snap a photo of either.